60 lawsuits on basis of defamation, insult filed against media outlets in Armenia during 2021 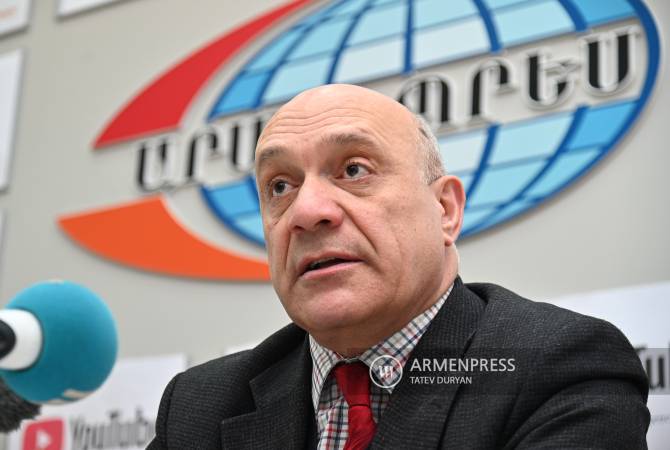 
YEREVAN, JANUARY 25, ARMENPRESS. 2021 was a tense period for the activities of media outlets in Armenia, connected with the post-war, deep political-social crisis and heated campaign of the snap parliamentary elections, Chairman of the Committee for Protection of Freedom of Speech Ashot Melikyan said at a press conference in Armenpress, presenting the Committee’s annual report.

According to the report, journalists and operators have often been targeted both by politicians, officials and citizens. “It was worth noting that during the mass campaigns supporters of the political forces were identifying the media outlets with those political force with the support of which they were operating. And as a result intolerance was being demonstrated”, he said.

Based on this, the Committee has registered 18 cases of physical violence against media representatives in 2021, during which 20 journalists and operators were injured.

As for the new lawsuits filed against reporters and media outlets on basis of defamation and insult, Ashot Melikyan said there is a big flow in this respect. 61 such cases were filed in 2020, meanwhile in 2021 this number lowered to 60. According to him, the same tendency is generally maintained.

“Those who have filed a lawsuit generally demand the maximum as a financial compensation. There are very little cases when they do not require any money and only want denial and right to respond. As for the approaches of courts, that maximum demands have not approved yet”, Ashot Melikyan said.

The Committee Chairman is concerned about the reports of violations of right to get and spread information as 99 such cases were registered in 2021.

11:29, 05.19.2022
2940 views U.S. recognizes role of population of Nagorno-Karabakh in deciding its future–Ambassador Tracy’s interview to ARMENPRESS