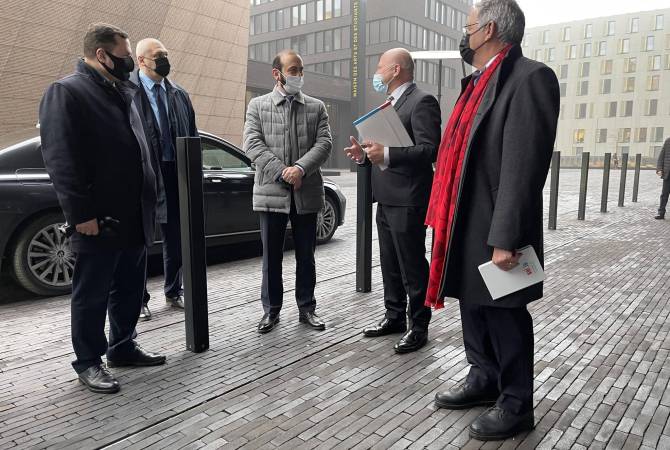 FM Mirzoyan hailed the University of Luxembourg’s initiative of hosting the Armenian TUMO Center for Creative Technologies and thanked the university for their decisiveness in advancing the project.  The Armenian FM said that the opening of the TUMO Center will be a meaningful event on the occasion of the 30th anniversary of establishment of diplomatic relations between Armenia and Luxembourg, which will be marked this year.

Accompanied by Rector Stéphane Pallage, FM Mirzoyan toured the university and got acquainted with the research and education programs. He also held a meeting with the university’s administration and the academic staff.

Speaking about the scientific-educational partnership between the two countries, FM Mirzoyan said that this sector is an important direction of the bilateral agenda and it is inked in the agreement on cooperation in culture, education, youth and science signed between the governments of Armenia and Luxembourg.

“Ever since the university was established, tens of Armenian students received education here at the University of Luxembourg, and the number of Armenian citizens who want to study here is continuously growing. I hope that as a result of the ongoing negotiations between the Yerevan State University and the University of Luxembourg, a document on cooperation will be signed which will ensure the legislative foundation for student exchange and joint research programs,” the Armenian Minister of Foreign Affairs said.