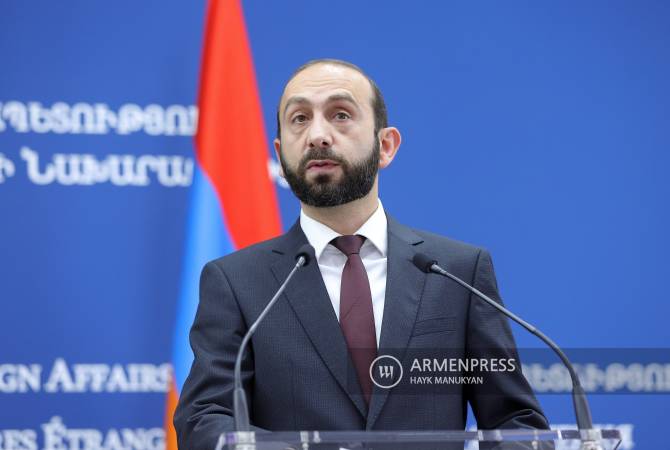 
YEREVAN, JANUARY 28, ARMENPRESS. Azerbaijan hasn’t clarified yet which part from the proposals of the Armenian side aimed at the de-escalation of the situation on the border, the reduction of tension and the increase of security and stability level, are acceptable for it, Foreign Minister of Armenia Ararat Mirzoyan told reporters during the visit in the Yerablur Military Pantheon on the Army Day.

“We still do not have that clarifications, they are at a clarification stage. The discussion is constantly taking place, continues, and now we are trying to get clarifications over which part is acceptable in particular, with what explanation and accordingly what new solutions could be”, the FM said.

On January 14 Russian foreign minister Sergei Lavrov said at a press conference that during his phone talk with the Armenian FM the Armenian side presented new proposals over the border delimitation and demarcation with Azerbaijan which have already been sent to Baku.

On January 19 Foreign Minister Ararat Mirzoyan said that the Armenian side has prepared a package of measures aimed at de-escalating the situation on the Armenia-Azerbaijan border zone, reducing the tension and increasing the level of security and stability and conveyed it both to the Russian side and at Russia’s mediation to Azerbaijan and partners. Later Azerbaijan said that the preconditions of Yerevan about border delimitation are unacceptable for Baku. This was followed by the statement of the Armenian Foreign Ministry according to which the Armenian side doesn’t have preconditions in the issue of delimitation, the talk is about the agreements reached.