Russia welcomes the return of Armenian POWs to homeland 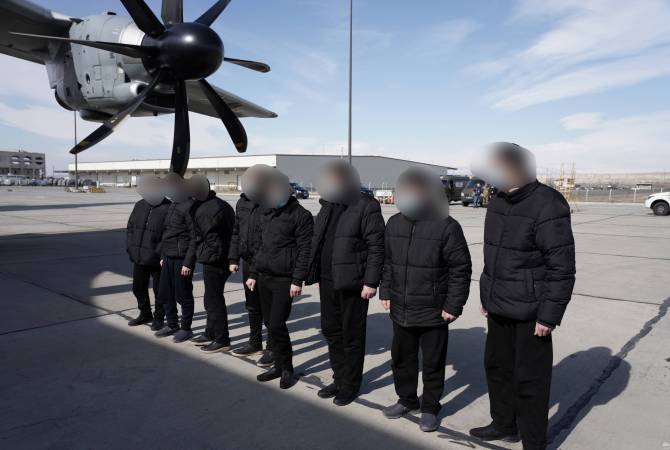 
YEREVAN, 9 FEBRUARY, ARMENPRESS. Russia welcomes the return of eight servicemen to the Armenian side by Azerbaijan on February 7, ARMENPRESS reports, official representative of the Ministry of Foreign Affairs of the Russian Federation Maria Zakharova announced during the briefing with journalists.

''Of course it is important to solve this problematic issue of Armenian-Azerbaijani relations as soon as possible, finish the exchange of detained persons, according to the principle “all for all”, she said.

Zakharova mentioned that with the mediation of the Russian peacekeepers on December 2, 2020 a total of 146 persons were returned, 127 to the Armenian side, 19 to the Azerbaijani side.

''Undoubtedly we consider it important to make efforts to clarify the fate of the missing persons, and we will promote that both at national level, and as a member state of the OSCE Minsk Group'', she announced.

19:52, 06.24.2022
2442 views The Chinese Ambassador to Armenia attaches importance to cooperation with Shirak Province in various fields