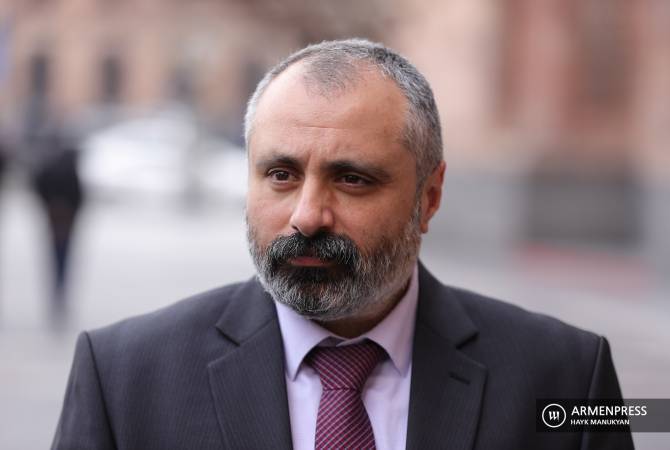 
YEREVAN, FEBRUARY 15, ARMENPRESS. The bill on the Occupied Territories of Artsakh, which has been recently put into circulation in the Parliament, is going to be an important document and is a very significant step in terms of settling the Artsakh issue and clarifying the approaches on determining the international status of Artsakh, Foreign Minister of Artsakh Davit Babayan told Armenpress, highlighting the importance of the draft law from political, historical and moral perspectives.

“It, of course, is going to be a very important document. And this is our vision, it’s important both from political, historical and moral perspectives. It’s an important step in general, and this process itself is very important. Therefore, these discussions will take place in the National Assembly of Artsakh, and we are preparing that active discussions are going to happen. Of course, that will be a comprehensive law involving different aspects”, the Artsakh FM said.

According to him, the law is highly likely to be adopted, and this view is shared also by all parliamentary factions and political forces of Artsakh.

All factions represented in the parliament of Artsakh put into circulation a draft law on the Occupied Territories of Artsakh, according to which there will be a ban on those foreign companies which will want to carry out activity in the territories of Artsakh occupied by Azerbaijan, without the permission of the Artsakh government.