Inciting war, aggression are not the goal of Armenian military – Deputy Defense Minister 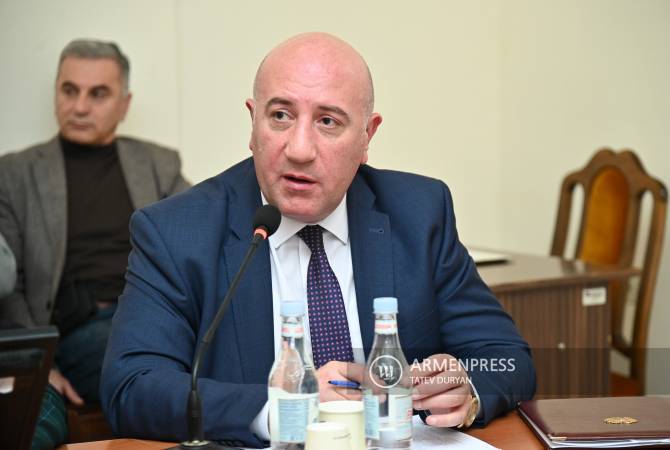 
YEREVAN, MARCH 15, ARMENPRESS. Inciting war or displaying aggression are not the goal of the Armenian Armed Forces, but the Armenian government is doing everything for the Armenian military to be combat-ready and capable of potential countermeasures, the Armenian Deputy Minister of Defense Arman Sargsyan told lawmakers during parliamentary committee discussions on the government’s action plan performance report for 2021.

During the session opposition Hayastan faction MP Gegham Manukyan asked Sargsyan on the development of the military’s reform concept. “The government’s report says that this concept will develop and transform the Armed Forces with the purpose of defending from aggression, and not for aggression. Was our military ever a military with the goal of aggression that now they want to create a non-aggressor military with a concept, or simply a toothless military?” asked Manukyan.

Sargsyan rejected Manukyan’s observation on a “toothless military” and said the concept aims to enshrine that the Armenian military doesn’t have the purpose of aggression.

“In the past, even if it wasn’t enshrined, naturally the Armenian military’s goal has never been to conduct aggressive actions or have other similar tactics. But we must record that the goal of the Armenian Armed Forces is not to incite war, the purpose is not to display aggression against its neighbors. And this will be enshrined. And there can’t even be any talk about being toothless, the government is doing everything so that our military is combat-ready and capable of giving a potential counterattack with all available means,” Sargsyan said.