Minister of Defense comments on recent incidents in military 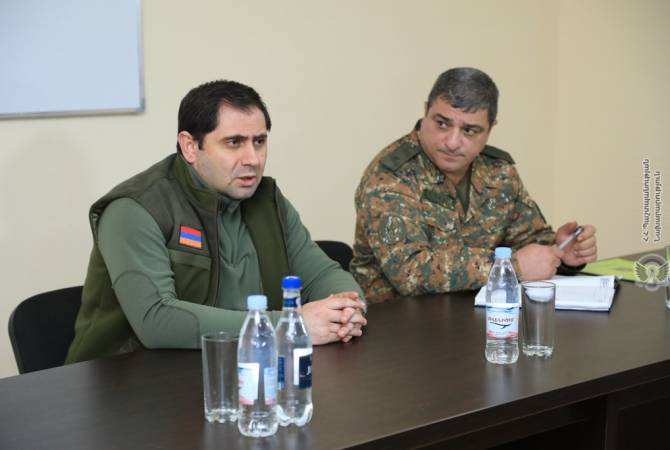 
YEREVAN, MARCH 18, ARMENPRESS. Minister of Defense of Armenia Suren Papikyan visited the Province of Syunik on March 17, the Ministry of Defense said in a press release.

Papikyan visited a military base and during a meeting with officers addressed the recent incidents that happened in military units. The Minister of Defense underscored that the incidents are a result of improper level of discipline in certain units as well as improper level of morale of individual servicemembers.

After being briefing on the incidents by the officers in charge, the Minister of Defense issued instructions and directives to the army corps commander to take necessary measures to rule out such cases.

Papikyan also visited the border zone adjacent to the Nerkin Hand community where Major-General Artak Budaghyan, the Commander of the Army Corps, presented the current situation.

Papikyan was also briefed on the ongoing construction of a military base.