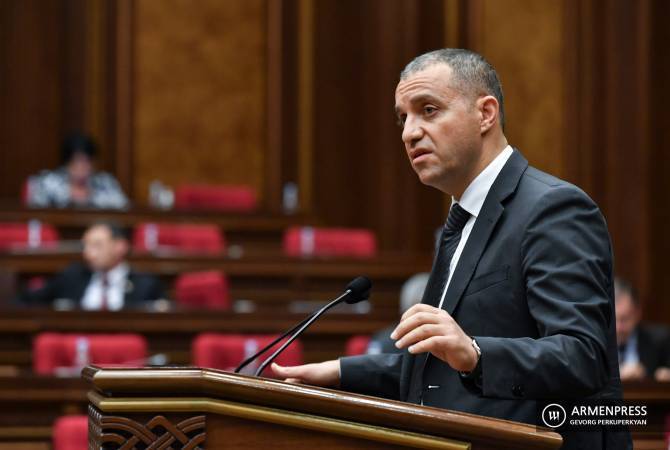 
YEREVAN, MARCH 23, ARMENPRESS. For the Armenian government, the 7% target for economic growth continues to be maintained. The government still sees enough potential for achieving this target, Minister of Economy Vahan Kerobyan said during a Q&A session in the Parliament today.

“At the moment we are doing our work around this target, despite the fact that the International Monetary Fund, the Central Bank and Fitch have lowered their forecasts. We still see enough potential to achieve the targets put by the government as a result of the implementation of our economic policy. Of course, this became difficult in these new situations, but isn’t impossible. Our target is still the same as it was while drafting the budget in the beginning of the year”, he said.