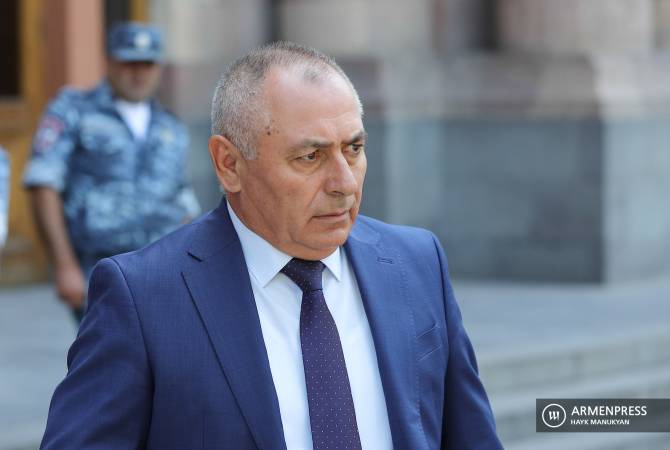 
YEREVAN, APRIL 5, ARMENPRESS. The ex-Minister of Emergency Situations Andranik Piloyan filed an appellate complaint against the court’s decision on remanding him into custody.

His lawyer said the motion was filed today.

Andranik Piloyan is arrested in suspicion of bribery.

The National Security Service conducted a large scale investigation into alleged cases of bribery, abuse of power and embezzlement committed in the Ministry of Emergency Situations.

Suspects included then-Minister Piloyan, his advisor, as well as more than 10 ministry officials.

Piloyan is suspected in accepting a bribe for making actions in his capacity as minister in favor of a company which works with the ministry. Piloyan’s advisor acted as an intermediary in taking the bribe, according to the Anti-Corruption Committee.

Piloyan faces 3 counts of bribery charges under Article 311 Paragraph 3, Clause 3. He was arrested on March 30. Investigators filed a motion to court requesting to remand him in custody until the trial.

He was remanded in pre-trial detention on March 31.

Piloyan was relieved from duties as Minister of Emergency Situations on April 1.