Pashinyan stresses need for addressed reaction of intl. community to situation in Artsakh in a meeting with EU's Michel | ARMENPRESS Armenian News Agency

Pashinyan stresses need for addressed reaction of intl. community to situation in Artsakh in a meeting with EU's Michel 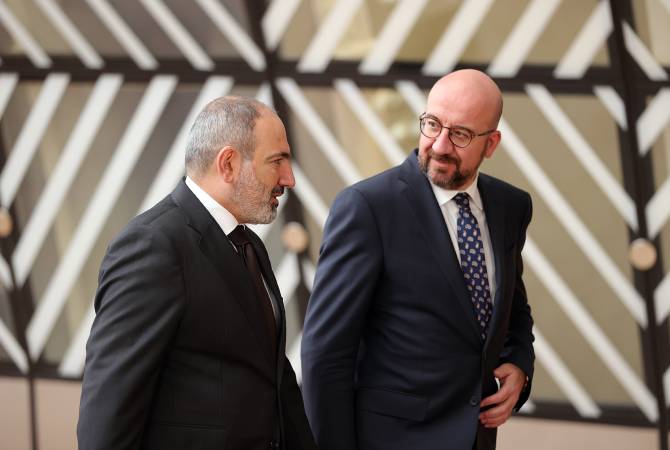 
YEREVAN, APRIL 6, ARMENPRESS. Prime Minister Nikol Pashinyan, who is in Brussels on a working visit, had a private conversation with the President of the European Council Charles Michel, ARMENPRESS was informed from the Office of the Prime Minister.

Nikol Pashinyan presented the situation in Artsakh following the recent actions of the Azerbaijani units, the humanitarian issues and stressed the need for an addressed reaction of the international community.

The Prime Minister of the Republic of Armenia and Charles Michel exchanged views on the implementation process of the agreements reached during the trilateral meeting held in Brussels on December 14 last year.

The parties expressed hope that today's trilateral talks will be fruitful, which will contribute to stability and comprehensive solution of the issues.

Nikol Pashinyan and Charles Michel also discussed issues related to the Armenia-EU bilateral agenda, in particular, the implementation of the €2.6 billion economic and investment plan declared by the EU for Armenia.