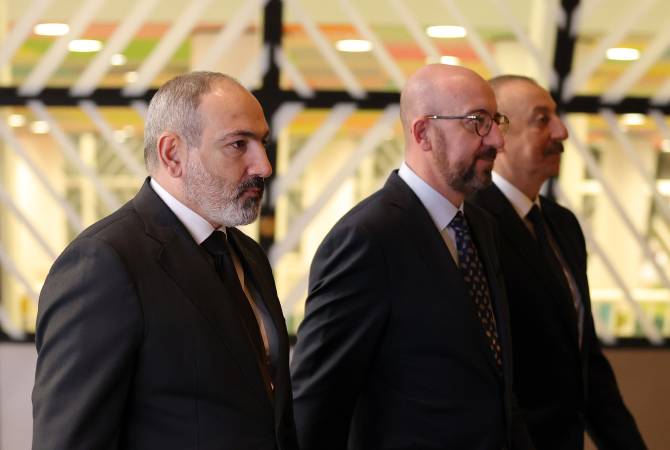 
YEREVAN, APRIL 7, ARMENPRESS. During the Brussels meeting between Armenian Prime Minister Nikol Pashinyan, Azerbaijani President Ilham Aliyev and European Council President Charles Michel the worsening of the security environment in Nagorno Karabakh was also addressed, particularly the incidents in Parukh, however these discussions didn’t lead to a common assessment of the situation.

“Naturally there was a discussion around the worsening of the security environment in Nagorno Karabakh, particularly the incidents in Parukh,” Prime Minister Nikol Pashinyan said at the Cabinet meeting. “But these discussions didn’t lead to a common assessment of the situation. I myself didn’t find the further discussion of this topic to be appropriate in the Brussels platform because nevertheless this is about the Azerbaijani military invasion into the area of responsibility of the Russian peacekeeping contingent in Nagorno Karabakh, and this issue ought to be discussed with participation of our Russian colleagues, which we are doing and will continue to do.”

Reiterating the Armenian side’s stance over this issue, the PM added: “Therefore we expect that the Russian peacekeepers in Nagorno Karabakh will take steps to ensure the withdrawal of the Azerbaijani military units from their zone of responsibility. We also attach importance to holding an investigation into the adequateness or potential inaction of the Russian peacekeeping troops’ actions during the course of development of the events and in the theater of operations.”

The PM said he spoke about this during his phone call with Russian President Vladimir Putin.