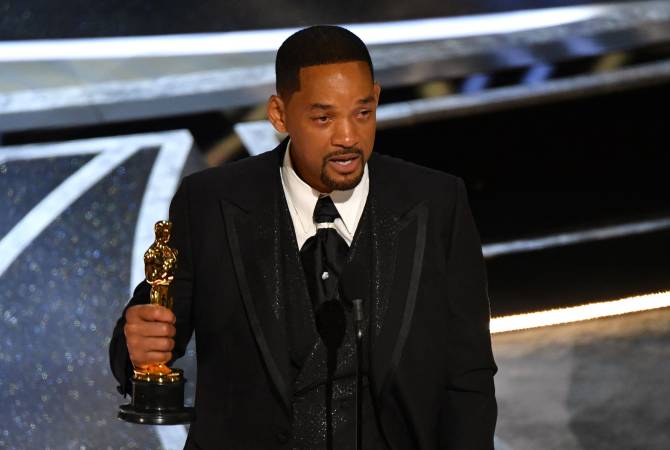 
YEREVAN, APRIL 9, ARMENPRESS. Actor Will Smith will not be allowed to attend the Academy Awards for the next 10 years, as a result of his slapping comedian Chris Rock on stage during this year's Oscar ceremony, CNN reports citing the statement of the Academy of Motion Picture Arts & Sciences.

“The Board has decided, for a period of 10 years from April 8, 2022, Mr. Smith shall not be permitted to attend any Academy events or programs, in person or virtually, including but not limited to the Academy Awards”, Academy President David Rubin and CEO Dawn Hudson said in a statement on Friday.

The decision was made during a Board of Governors meeting held earlier in the day in Los Angeles. The meeting, initially scheduled for April 18, was expedited after Smith announced his resignation from the Academy last week.

Smith issued a quick, concise statement on his ban from the Oscars for the next decade.

“I accept and respect the Academy's decision”, the actor said in a statement to CNN.