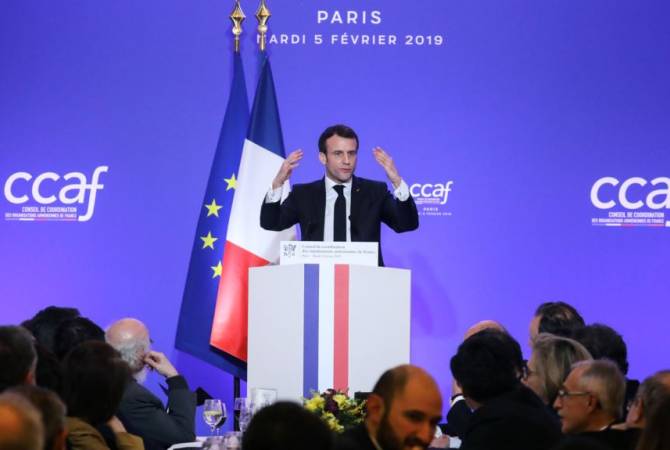 
YEREVAN, APRIL 13, ARMENPRESS. The representatives of the Armenian community of France are expected to meet with President Emmanuel Macron ahead of the second round of the French presidential election, Co-Chair of the Coordination Council of Armenian Organizations of France, member of the ARF Bureau, Murad Papazian, told Armenpress.

He said it is expected that Macron will present his proposals for the next five years to the Armenian community.

“The communication, work with Emmanuel Macron continues. He always attends the annual dinner of the Coordination Council of Armenian Organizations of France, the April 24th events. Meetings with him, his team and ministers take place during the year. Even if we have complaints, we present them in public platform, for instance, connected with the 44-day war, the reality that France sold weapons to Azerbaijan. We condemned it and talked about it with President Macron. It’s important to remind that the French presence in the OSCE Minsk Group as a Co-Chair country is important. Even if the war in Ukraine hinders a little or there are issues between the OSCE Minsk Group Co-Chairs, we must encourage that France continues its work as a Co-Chair country”, Murad Papazian said.

As for the next French presidential candidate Marine Le Pen, the leader of the far-right National Rally party, Murad Papazian said they haven’t had any relationship with her as they have always rejected any collaboration with the far-rights.

“We cannot imagine a vote for Marine Le Pen. We always reject the far-right. They are offering a dangerous policy. It will be a problem for France to have a far-right president, it will seriously weaken its positions in the international arena. Marine Le Pen is not an alternative for us”, Murad Papazian said.

No candidate secured an absolute majority of votes in the first round of the French presidential election held on April 10. Incumbent President Emmanuel Macron received the 27,8% of the votes, Marine Le Pen – 23,1%.

The runoff election is scheduled on April 24.