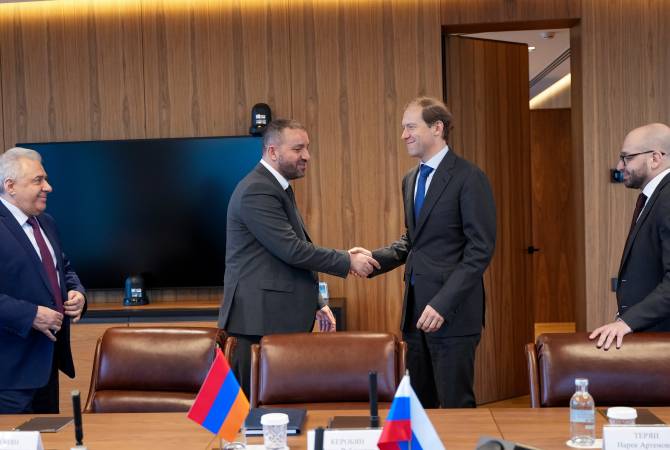 As ARMENPRESS was informed from the Ministry of Economy of Armenia, the sides discussed the state of the trade cooperation between Armenia and Russia, as well as priority directions of common activities.

“In 2021 the mutual trade between Armenia and Russia increased by 12.7%, amounting to 2.5 billion dollars. The export of Russian industrial production on a yearly basis increased by 14%, and the import of Armenian goods also increased by 10%.

During the meeting Vahan Kerobyan gladly emphasized the fact of the significant increase of trade turnover and expressed concern with the noticeable decrease of indicators in March, offering to carry out work on urgently eliminating the reasons for the decrease and restore growth”, the message says.

The interlocutors referred to a number of common programmes in different fields. Denis Manturov highlighted the development of cooperation in mining, metallurgy, chemical industry and agricultural machine building.

At the end of the meeting Denis Manturov invited Vahan Kerobyan to participate in the upcoming “INNOPROM. Central Asia” international industry exhibition in Tashkent.