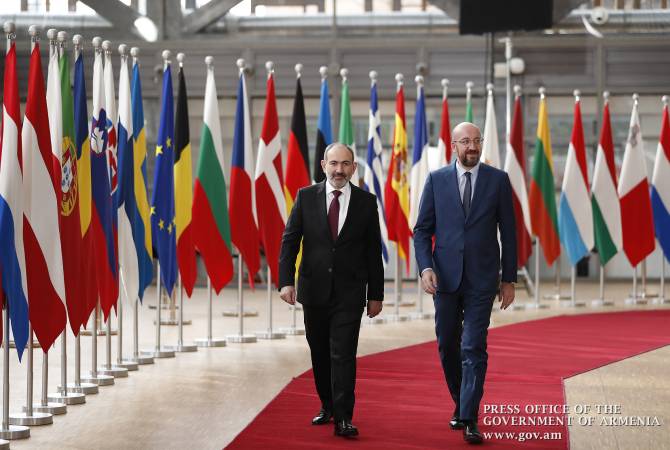 
YEREVAN, APRIL 18, ARMENPRESS. Prime Minister Nikol Pashinyan held a telephone conversation with President of the European Council Charles Michel, ARMENPRESS was informed from the Office of the Prime Minister.

The interlocutors exchanged views on the implementation of the agreements reached during the meeting between the President of the European Council, the Prime Minister of Armenia and the President of Azerbaijan in Brussels on April 6, the situation in the region and a number of issues on the agenda of Armenia-EU relations.