Armenian PM, Russian President sum up the results of the meeting with a joint statement | ARMENPRESS Armenian News Agency

Armenian PM, Russian President sum up the results of the meeting with a joint statement 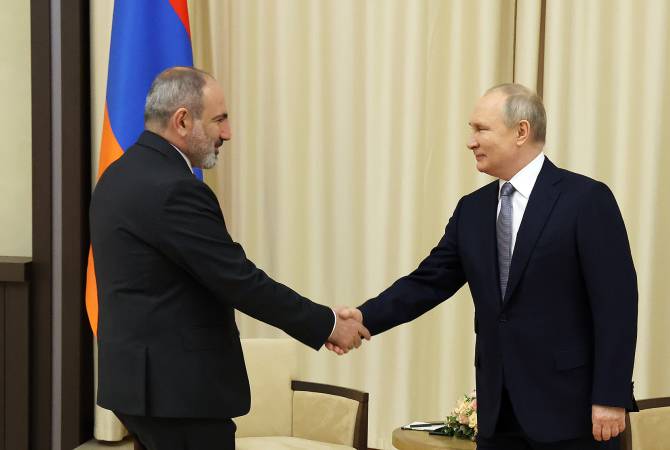 
YEREVAN, APRIL 19, ARMENPRESS. Prime Minister of Armenia Nikol Pashinyan and Russian President Vladimir Putin summed up the results of the meeting held within the framework of the Prime Minister's official visit.

As ARMENPRESS was informed from the Offic eof the Prime Minsiter, the statement runs as follows:

The Prime Minister of the Republic of Armenia and the President of the Russian Federation expressed confidence that the effective negotiations held in Moscow will contribute to the further strengthening of the Armenian-Russian multilateral special allied relations.

N.V. Pashinyan thanked for the warm reception given by V.V. Putin, confirmed his invitation to the Russian leader to visit Yerevan in the second half of 2022 in connection with the session of the CSTO Collective Security Council. The invitation was accepted with gratitude.