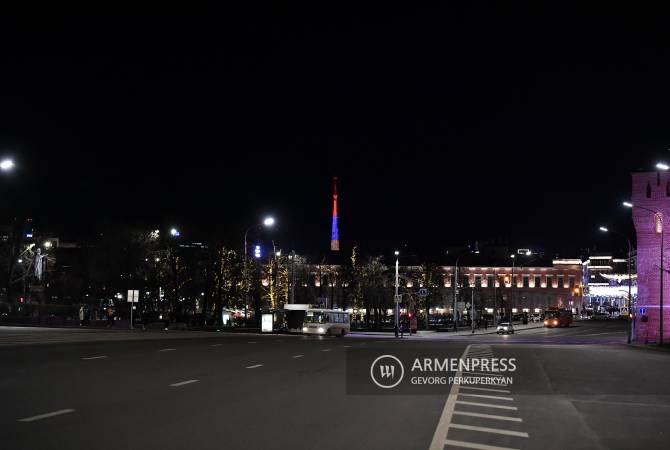 
YEREVAN, APRIL 21, ARMENPRESS. The TV tower of the Russian city of Nizhny Novgorod was lit up in the Armenian flag colors on the occasion of Armenian Prime Minister Nikol Pashinyan’s visit.

Pashinyan visited Nizhny Novgorod on April 20 as part of his official trip to Russia.

In Nizhny Novgorod, the Prime Minister of the Republic of Armenia first visited the factory of GAZ Automobile Plant, where, accompanied by the chairman of the company Vadim Sorokin, toured the plant, got acquainted with the products.

Afterwards, the Prime Minister visited the Nizhny Novgorod Kremlin, laid a wreath at the eternal flame, paying tribute to the memory of the victims of the Great Patriotic War. Nikol Pashinyan toured the Kremlin State Art Museum, the Bell Tower, the Alley of Military Glory, and the Cathedral of Archangel Michael.

The Prime Minister had a private conversation with the Governor of Nizhny Novgorod Oblast Gleb Nikitin, discussed the possibilities of developing cooperation in various fields.

Nikol Pashinyan concluded his visit to Nizhny Novgorod with a meeting with representatives of the Armenian community, during which the Prime Minister referred to the results of his official visit to Russia and answered various questions, which referred to the situation around Nagorno Karabakh, economic cooperation between Armenia and Russia, implementation of investment programs in the Motherland and other topics.