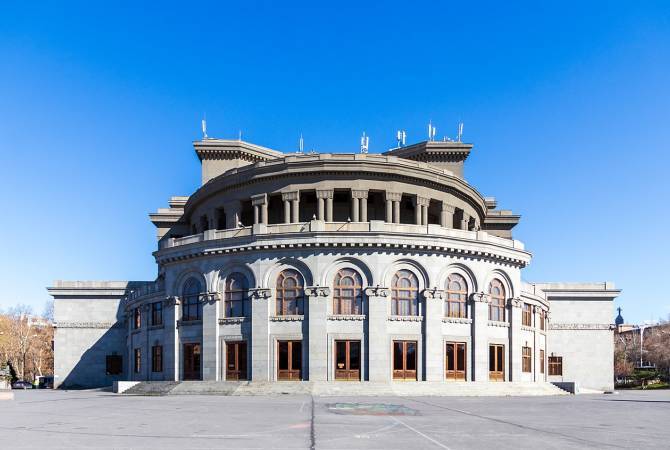 
YEREVAN, APRIL 21, ARMENPRESS. The Armenian National Academic Theatre of Opera and Ballet will organize an open-air commemoration concert on the 107th anniversary of the Armenian Genocide.

The orchestra and choir will play Armenian spiritual music from the balconies of the Opera building on April 23, a day before the April 24 remembrance day.

The first-of-a-kind concert will be live-streamed online on the Armenian National Academic Theatre of Opera and Ballet Facebook and YouTube channels.