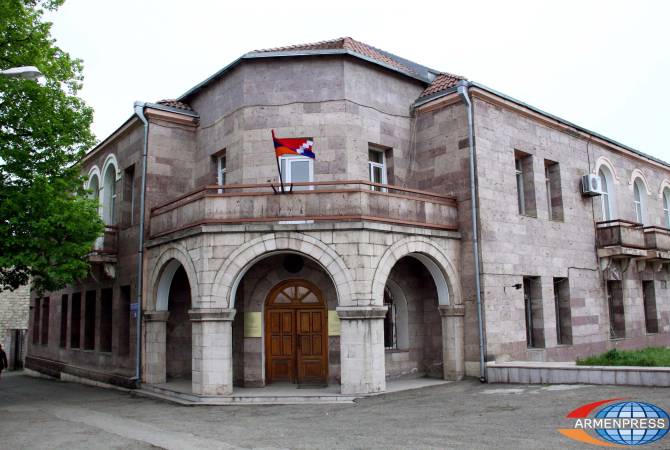 
YEREVAN, APRIL 24, ARMENPRESS. The Ministry of Foreign Affairs of the Republic of Artsakh issued a statement on the occasion of the 107th anniversary of the Armenian Genocide, the ministry said.

“Today, the entire Armenian people and generally all the people, for whom the ideas of humanity are of special importance, commemorate the innocent victims of the 1915 Armenian Genocide.

107 years ago, on April 24, the Genocide of 1.5 million Armenians was planned and carried out in the Ottoman Empire. Hundreds of thousands of Armenians were deported, settling in different countries, thus forming a large Armenian Diaspora.

The Armenian Genocide was the first ever Genocide in human history committed at the state level. Later, Turkey committed the genocides and forced deportations of Greeks, Assyrians, Yezidis and Kurds, as a result of which millions of innocent people perished.

The international community’s improper and belated assessments of the crime became, in fact, a carte blanche not only for Turkey, but also for other countries to commit new crimes. The Nazis, dictatorial and nationalist regimes took advantage of this, committing new genocides, massacres and violence.

Having consistently denied the Armenian Genocide for 107 years and trying to neutralize any attempt by the international community to recognize it, Turkey and Azerbaijan still do not stop their criminal policy towards Armenians.

Since 1988, the Armenian people have repeatedly faced manifestations of genocidal policy – the pogroms and massacres of the Armenian population in Sumgait, Baku, Maragha, the Turkish-Azerbaijani aggressions against Artsakh in 2016 and 2020 are vivid examples of Armenophobia.