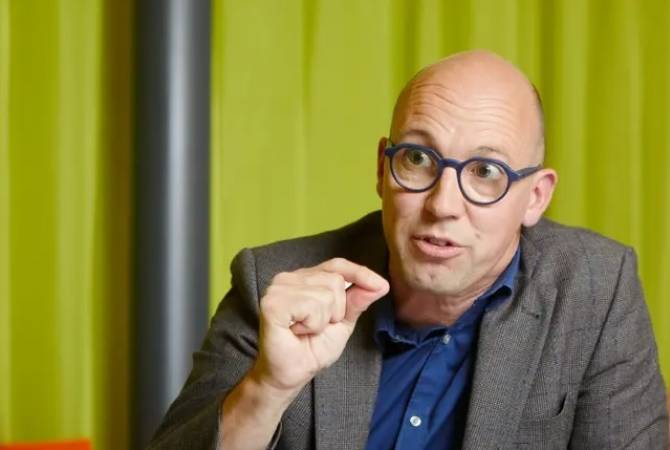 
YEREVAN, APRIL 24, ARMENPRESS. Stefan Müller-Altermatt, member of the National Council of Switzerland, member of the Switzerland-Armenia parliamentary friendship group, says the unpunished crimes tend to be repeated, therefore, the world must remember the Armenian Genocide.

He gave an exclusive interview to ARMENPRESS on the occasion of the 107th anniversary of the Armenian Genocide:

- This year marks the 107th anniversary of the Armenian Genocide. How do you assess the Genocide’s recognition and condemnation process by the international community?

- The process seems to be making progress, but of course there are still important points that have not been fulfilled. For example, many states - including Switzerland - have not fully recognized the genocide. In my country, for example, only one chamber of parliament, but not the government. And of course it is tragic that Israel does not recognize the genocide and harmful for peace that Turkey takes an unalterable position.

- Many countries and international organizations recognized and condemned the Armenian Genocide, but even after 107 years Turkey continues its policy of denial. In your opinion, what should be the action of the international community in this respect? Do you see need for actions other than calls?

- Yes, especially in the context of Turkish power politics in general. The fulfilment of Turkish interests, e.g. in refugee issues or in economic ties to the EU, must be linked to genocide recognition.

- What do you think, under what conditions will Turkey finally face the historical truth?

- Probably only if Turkey's vital interests are linked to recognition. For example, if the Turkish currency crisis worsens, opportunities could arise. Of course, a positive motivation, i.e. the desire for economic relations with Armenia, would be nicer than this negative one. However, these are probably not vital enough for a nationalist politician like Erdogan to make concessions.

- In this difficult geopolitical situation, is there a fear that the issue of the Armenian Genocide may not be given with enough attention? What needs to be done in this respect?

- Yes, this danger is very topical! Armenia and even more Artsakh are now even more isolated than before the Ukraine war and there is a danger that ethnic cleansing in the form of expulsions will take place unnoticed by world public opinion. Therefore, an international discussion on the right of self-determination of the Armenians of Nagorno-Karabakh is needed immediately. And strategies are needed on how to secure peace and development in all countries of the Russian sphere of influence.

- A process of dialogue is underway between Armenia and Turkey. In your view, how could this process affect the issue of the Armenian Genocide?

-A dialogue, as difficult as it may be, can only be conducive to finding the truth. In this respect, I very much hope that this dialogue can be conducted very intensively.

- While touching upon the topic of the Armenian Genocide, different famous figures have frequently used the term “Never Again”, but history shows that the world, seems, has not learnt enough lessons as the unpunished crimes tend to be repeated. What should the advanced humanity do to make “Never Again” visible in practice?

- For the "Never Again" to work, it needs remembrance. Only if we commemorate the genocide year after year can we be sure that the decisive personalities live the "Never Again". Murder must not be allowed to become normal, otherwise the bloody trail of history threatens to be dragged on.