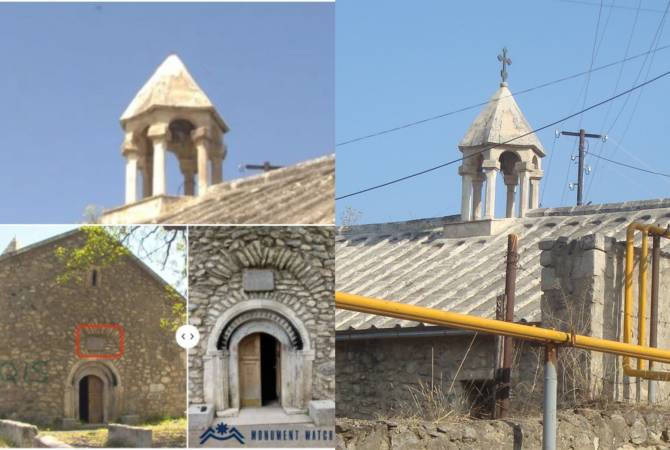 “We strongly condemn the acts of vandalism and desecration of the St. Harutyun Church in the city of Hadrut, fallen under the control of Azerbaijan.

These pre-planned actions carried out by the authorities of Azerbaijan, aimed at destroying and desecrating the identity of Armenian religious, historical and cultural monuments in the territories under the control of the Azerbaijani armed forces, are another manifestation of Azerbaijan's ethnic and religious intolerance and the continuation of the policy of depriving Artsakh of Armenians and the Armenian trace.

The atrocities against Armenian churches and other cultural and religious monuments in Artsakh grossly violate the norms of international law, including the decision on application of provisional measures issued by the UN International Court of Justice on December 7, 2021.

This case reaffirms the claims of the Armenian side on the urgent need for the visit of UNESCO assessment mission to Nagorno Karabakh”.