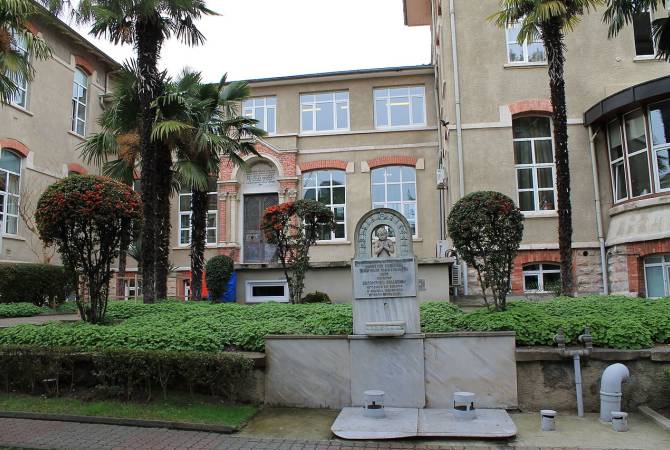 
YEREVAN, MAY 2, ARMENPRESS. The Armenian community of Istanbul is alarmed by rumors that soon they might face obstructions in holding elections of the board at the Surp Pirgic (Holy Saviour) Armenian Hospital, thus losing the 188-year-old landmark national institution of the community.

In 2013, the Turkish government abolished the regulations governing the elections at foundations of national minorities, and new regulations have not been approved since then.

Bagrat Estukian, an editor-in-chief at the Istanbul-based Armenian Agos newspaper, says there are rumors circulating in the community that the authorities will soon introduce the new regulation, but the community is concerned that this won’t solve the issue.

“Very concerning developments are taking place. It’s about the 2013 abolition of the regulation, which they said was taking place because a new charter was being prepared. Back then, the elections were indefinitely delayed at the Surp Pirgic Armenian Hospital, which has a status of a foundation. They couldn’t prepare a new charter until now. Now there are rumors that a new charter will be introduced but nevertheless we won’t be able to hold elections of the executive board of the hospital. This could be an attempt to capture our biggest institution. It’s about an 188-year-old institution that is considered to be a national hospital in the community. It also has an elderly care component,” Estukian said.

Estukian warns that if the Armenian community would be unable to hold elections of the board then they could possibly “lose the hospital as an Armenian institution.”

“All Armenians of Turkey go and elect the current board of trustees of the hospital in the status of a foundation. Now, if we get deprived from this right, this would mean that this isn’t an Armenian hospital anymore,” he said.

The Armenian community recently organized an online petition against any charter or regulation that would potentially prevent them from taking part in the electoral process.

Moreover, Estukian added that this problem concerns all other national minorities of Turkey as well.

Asked whether or not national minorities could come together and join efforts against the regulation, Estukian said there are no developments like that yet.