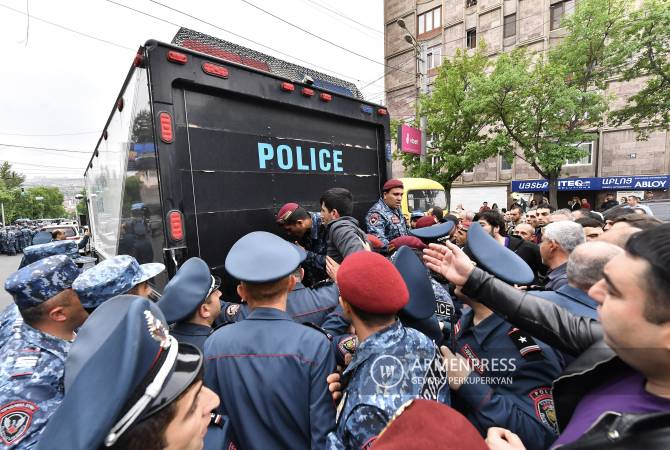 
YEREVAN, MAY 2, ARMENPRESS. 189 people were detained by police Monday morning amid anti-government protests in Yerevan.

The demonstrators were blocking streets in downtown Yerevan and were detained for failure to obey a lawful order of police, the press service of the police told ARMENPRESS.

The Vice President of the Republican Party of Armenia Armen Ashotyan, as well as Arsen Babayan from the Hayrenik party were also earlier detained.