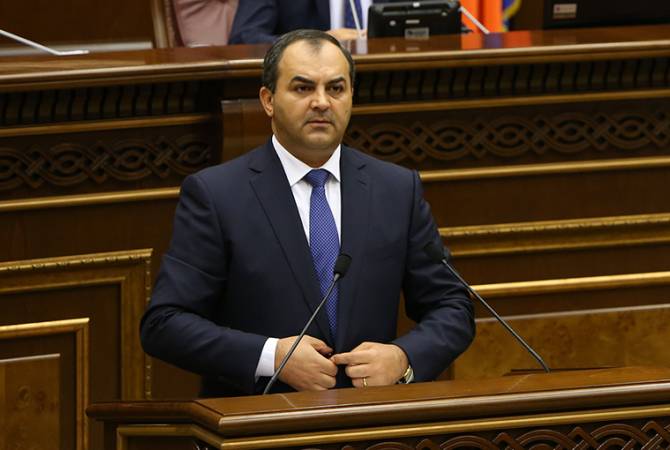 
YEREVAN, MAY 4, ARMENPRESS. Prosecutor-General of Armenia Artur Davtyan said that the law enforcement agencies still have a lot of work to do both in terms of investigative actions and tactical-intelligence activities in the October 27 case – the 1999 assassination of Prime Minister Vazgen Sargsyan and Speaker of Parliament Karen Demirchyan, and several other government officials.

“We’ve publicly spoken about the October 27 criminal case,” Davtyan said in parliament. “Lawmakers know about this. At my decision, the case on the organizers in this criminal case was reopened, the investigation was reopened. There is a lot to be done in this criminal case, both in terms of investigative actions and tactical-intelligence activities. I can confidently say that all required prosecutorial measures have been done and are being done to uncover this case and hold those guilty to account,” Davtyan said.

On October 27, 1999 a group of five heavily armed gunmen led by Nairi Hunanyan stormed into the parliament while it was in session and assassinated Prime Minister Vazgen Sargsyan, Speaker of Parliament Karen Demirchyan, Deputy Speakers Yuri Bakhshyan and Ruben Miroyan, as well as three lawmakers and a Cabinet member. The gunmen held the remaining MPs in parliament hostage until surrendering to authorities the next day.

In 2020, authorities re-opened the investigation to reveal the masterminds of the attack.