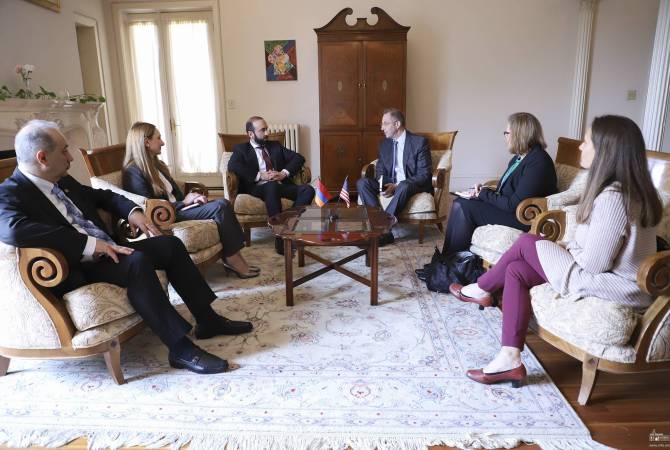 
YEREVAN, MAY 4, ARMENPRESS. Minister of Foreign Affairs of Armenia Ararat Mirzoyan met with President of the National Democratic Institute (NDI) of the United States Derek Mitchell in Washington D.C., the foreign ministry said in a news release.

The sides highly appreciated the efficiency of the joint programs implemented within the framework of the cooperation established since 1994.

Ararat Mirzoyan attached importance to the re-opening of the NDI Office in Armenia after the Velvet Revolution of 2018. He reaffirmed Armenia’s commitment to promotion of democracy, strengthening of the rule of law, fight against corruption, stating that the reforms being carried out by the Armenian authorities aim at raising the transparency and accountability of the activity of state bodies.

The sides also exchanged ideas about the programs being implemented by the NDI in Armenia, which are aimed at raising women’s and youth’s political participation and institutionally developing the political parties.