Serbia interested in Armenia’s experience of teaching chess in schools 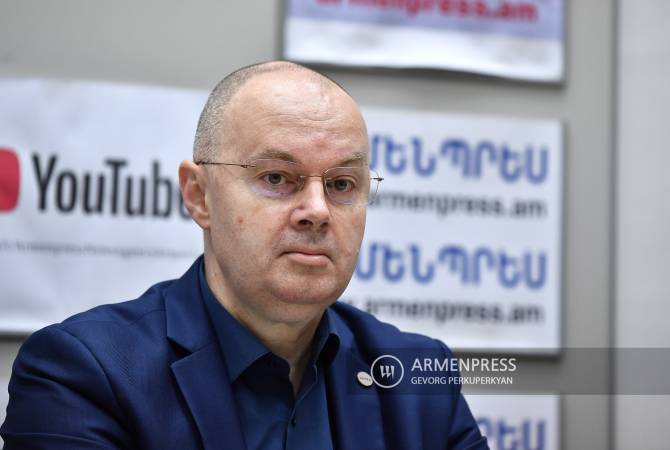 
YEREVAN, MAY 10, ARMENPRESS. Serbia and Armenia have reached agreements to implement joint programs in chess sector. Serbia is planning to make chess a mandatory subject in schools and is interested in Armenia’s experience in this area.

Secretary General of the Serbian Chess Federation Andrija Jorgic, who is in Armenia these days, already had several meetings and reached agreements on introducing the Armenian experience of chess in Serbia.

Andrija Jorgic gave an interview to ARMENPRESS, presenting details from the agreements reached during the visit in Armenia. 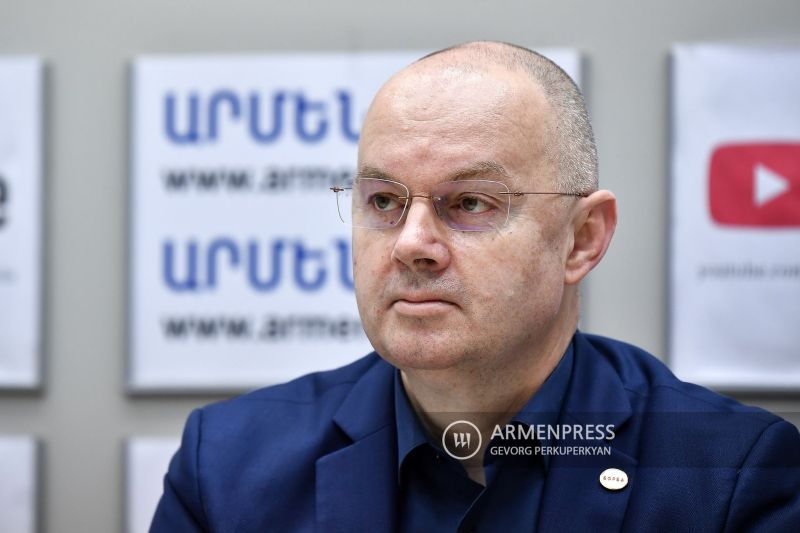 - Mr. Jorgic, during your visit in Armenia you met with Deputy Minister of Education, Science, Culture and Sport Karen Giloyan. What issues were discussed?

- Agreements were reached to cooperate in sports field, and chess will be as the first direction. We are very interested in Armenia’s achievements in that area, particularly, the practice of making chess a mandatory subject in schools. We want to launch this model of Armenia in Serbia so that our school-children learn chess at an early age. There is a chess subject in our schools, but it is not mandatory. We want to make it compulsory, and for that purpose we came to Armenia to specify how Armenia could help us. Chess is very important, it is not only a sport, but also a culture, a tradition and positively affects children’s development.

We visited the Chess Academy, met also with Smbat Lputyan [Founder-President of the Chess Academy, four-time champion, grandmaster] who presented us what a positive result the teaching of chess in schools has. We seek to make chess a very widespread in our country. We want people to be interested in chess, watch the games, as it was in 1963 when Petrosyan and Botvinnik were playing, when everyone was watching the game.

I am very impressed by your Chess Academy. If we succeed in doing half of this work in Serbia, I think, in the near future Serbia would have had chess champions, like Levon Aronian. We reached an agreement with the Armenian partners over starting working in different directions, creating preconditions so that Armenian chess-player children, coaches come to Serbia, and vice versa, to get acquainted with your experience. 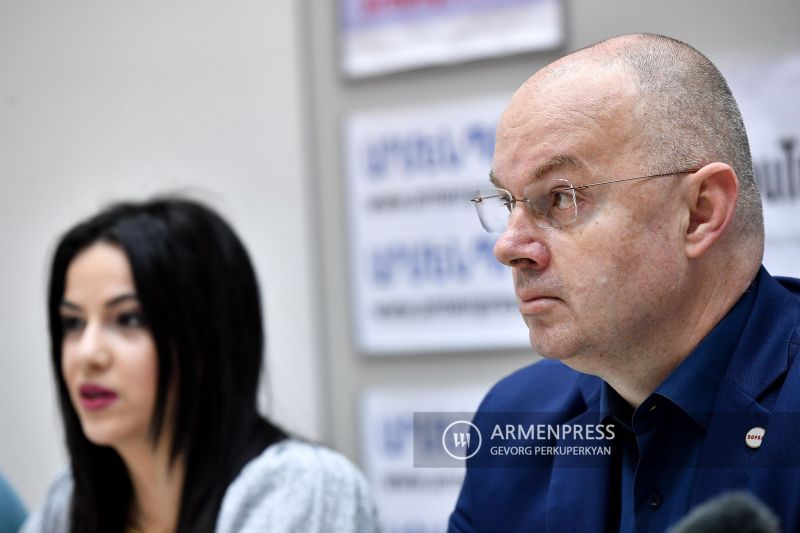 - So there are agreements over mutual visits, exchange of experience. When you go back to Serbia, from where would you start? What will be your first steps for implementing the agreements reached?

- The first steps are already done, we are here. We will have a tournament in Serbia in one and a half month, and we have agreed to do everything so that chess-players from Armenia come and participate in it. I want to note that our partners of Armenia have already provided us with respective literature that we should take with us. We plan to do so that specialists from Armenia visit Serbia, get acquainted with our conditions and discuss together how to develop this direction, what actions to take to make chess a mandatory subject in schools.

- As you said, chess is not a mandatory subject in your schools. But what is the dynamics? Is the number of school-children interested in chess growing that you want to make it a compulsory subject?

- I think that it is very important to teach chess in schools at an early age. It not only positively affects children’s development, thinking, but also the government, having a great base of chess-players, has an opportunity to identify the distinguished ones and work with them separately in order to record results in the future. Today chess in Serbia is in the third place among other types of sport, private schools are also opening, but we want a state approach so that all children have a chance to play chess. Armenia will be able to help us, as the professional specialists will come to Serbia to show us how we should work with children. We want our children to learn from the best specialists of Armenia.

- You said that Serbia is planning to cooperate with Armenia in different directions, and you start from chess. What other sectors is Serbia interested in?

- As for other directions, I want to note that we have talked about wrestling, football. We want to work on these directions as well, implement mutual programs for further strengthening. 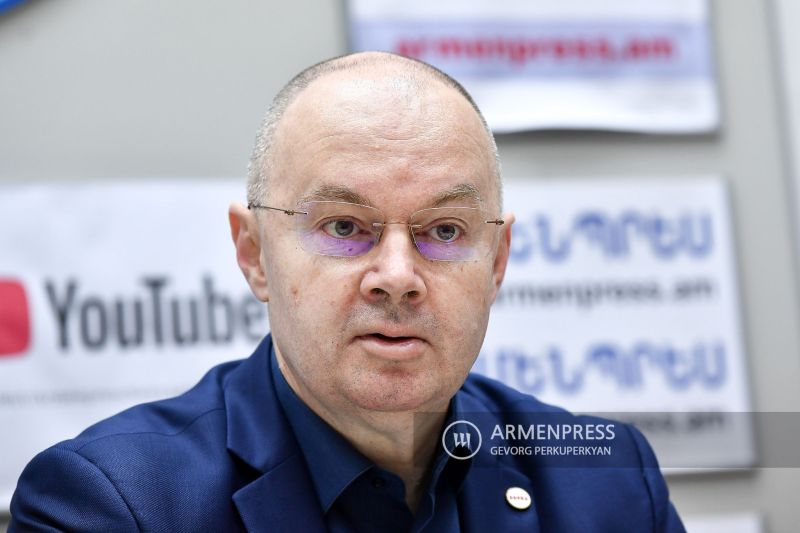 - This is your first visit to Armenia. What are your impressions? What did you manage to discover?

- When I was arriving in Armenia, what was on my mind first was to visit Tsitsernakaberd. I asked to accompany me there. I wanted to lay flowers and show to the Armenian people that we stand by them. The next mandatory place to visit was Etchmiadzin, the Mother See, which is a very important place for Christians.

We were very flattered to see that the memory of Serbian pilots is kept alive. There were fresh flowers near the memorial of the pilots. In 1988 they were delivering aid to Armenia, but, unfortunately, the plane crashed. We want to thank the Armenian people for remembering them. We are flattered by that attitude.

The Armenian people have a great heart. We feel that we are friends. 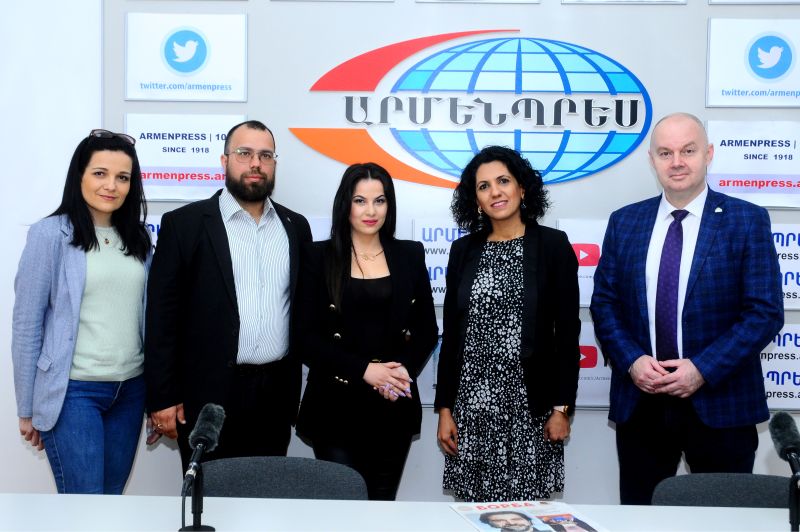