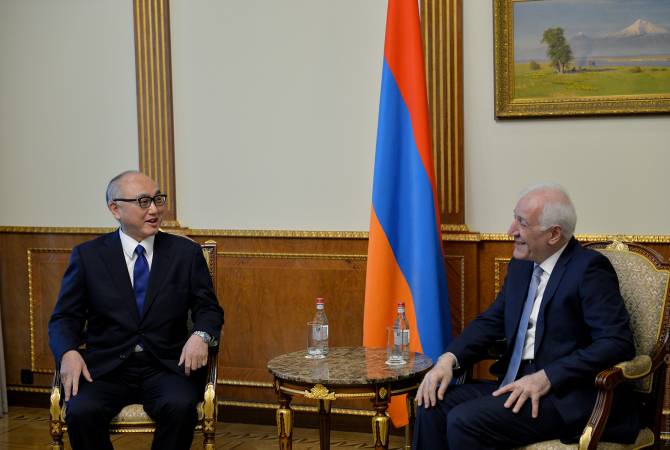 The Ambassador said that this year marks the 30th anniversary of the establishment of diplomatic relations between Japan and Armenia. In this context the sides touched upon the firm inter-state relations formed since the establishment of the diplomatic ties, their development prospects, as well as exchanged ideas about the deepening of the Armenian-Japanese bilateral agenda and mutual cooperation.