Persons of interest in Stolen Asset Recovery probes are among demonstrators, says prosecution 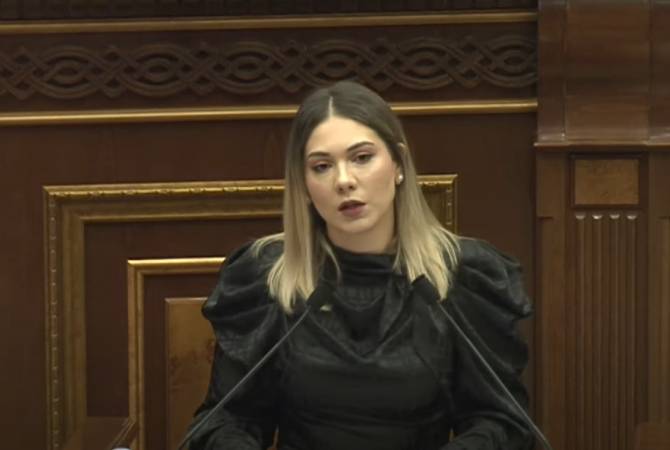 
YEREVAN, MAY 19, ARMENPRESS. The Deputy Prosecutor General of Armenia says some of the demonstrators who are now protesting in the streets are current persons of interest in ongoing stolen asset recovery probes.

Deputy Prosecutor General Srbuhi Galyan was presenting to lawmakers the bill on amending the stolen asset recovery law. During the debates, Member of Parliament Hovik Aghazaryan from the ruling Civil Contract party asked Galyan whether or not there are people among the anti-government demonstrators who are currently under proceedings as part of the stolen asset recovery law.

“Yes, there are, but I want to mention that on the path of building a country of law there are internationally adopted legal instruments which developed countries must have, and the legislation on the confiscation of illegally acquired assets is one of these highly important instruments. I think that we, as representatives of a country of law, certainly cannot abandon these ideas,” Galyan said.

When asked again on the involvement of suspects in the protests, Galyan said the political opinions or affiliations of any given person going through proceedings under the law don’t matter for the prosecution.

The Deputy Prosecutor General of Armenia Srbuhi Galyan presented to lawmakers at the emergency parliament session the government-authored bill on amending the stolen asset recovery law.

Galyan said the bill seeks to enhance the timeframes of probes and revision of opportunities of confiscation of stolen assets, among others.

She said that the amendments will definitely contribute to increasing the effectiveness of the highly important law.

The bill on amending the stolen asset recovery law, officially known as the Law on Confiscation of Illegally-Obtained Assets was earlier approved by the parliamentary Committee on State-Legal Affairs.

Deputy Prosecutor-General Srbuhi Galyan said at the committee meeting that the amendments will expand the meaning of the term “official person” and in addition to public office holders anyone having the obligation to asset disclosure in terms of public service will be considered an “official person”.

In addition, the amendments seek to authorize the investigative body to launch studies at its own initiative, but only in the event of suspicions arising on an illegally-obtained asset during existing proceedings.

The stolen asset recovery law, officially known as the Law on Confiscation of Illegally-Obtained Assets, was adopted by parliament in 2020 April. In September of 2020 the division in charge of investigating alleged illicitly acquired assets was launched in the general prosecution.