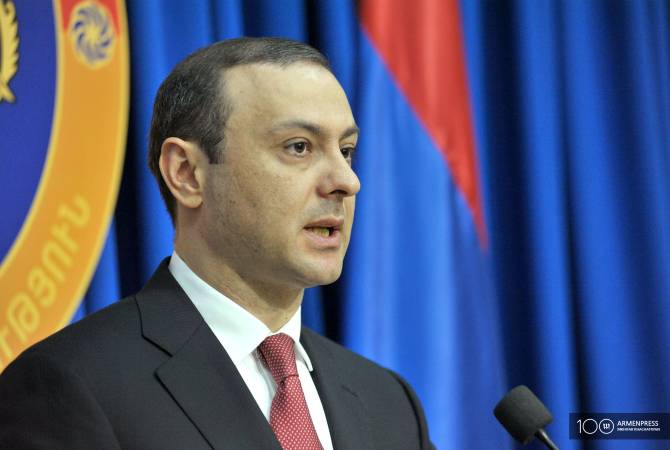 
YEREVAN, MAY 19, ARMENPRESS. The Secretary of the Security Council of Armenia Armen Grigoryan denied a report that claimed that during the latest Moscow visit the Armenian Prime Minister Nikol Pashinyan asked fellow CSTO leaders to provide support regarding the ongoing anti-government protests in Yerevan.

When asked on the matter at a press briefing, Grigoryan said:

“The downpour of fake news on the prime minister has increased recently also on the international level, and naturally this report is also fake. I would like to say for the record that in all domestic affairs Prime Minister Pashinyan always relied on the will of the Armenian people. Even after the serious crisis that happened after November 9 he relied solely on the people’s will and saw the resolution of the crisis within the framework of domestic institutional capacities,” Grigoryan said.

Regarding the civil disobedience actions carried out by the opposition, Grigoryan noted that the organizers of the demonstrations are exercising their right to protest for more than a month, and that the police are supervising it as part of maintaining law and order.

“It is obvious that the protests organized by the opposition did not receive public support. Naturally we see the resolution of the protests exclusively by internal political institutional means,” he said.

19:52, 06.24.2022
2454 views The Chinese Ambassador to Armenia attaches importance to cooperation with Shirak Province in various fields