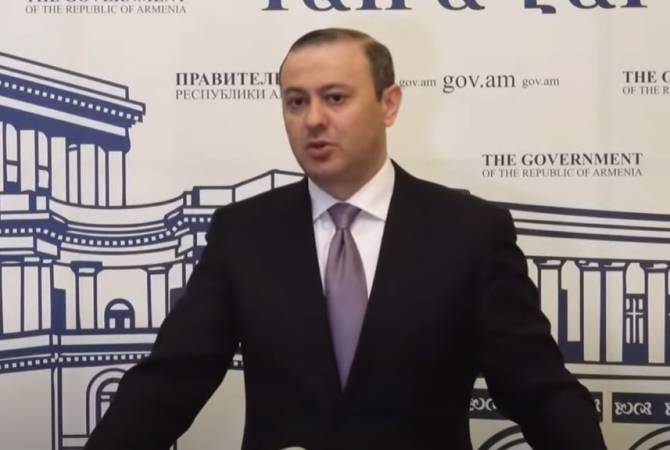 
YEREVAN, MAY 19, ARMENPRESS. The Armenian side has lawful substantiations on the existing Armenian exclaves in Azerbaijan, whereas Azerbaijan hasn’t yet produced any substantiations, the Secretary of the Security Council of Armenia Armen Grigoryan said at a press briefing.

A reporter asked Grigoryan to comment on the statements made from Azerbaijan claiming that Azerbaijan has exclaves in Armenia which must be returned to them during delimitation.