‘It was the citizen of Armenia who prevented collapse of statehood, loss of sovereignty and independence’ – PM | ARMENPRESS Armenian News Agency

‘It was the citizen of Armenia who prevented collapse of statehood, loss of sovereignty and independence’ – PM 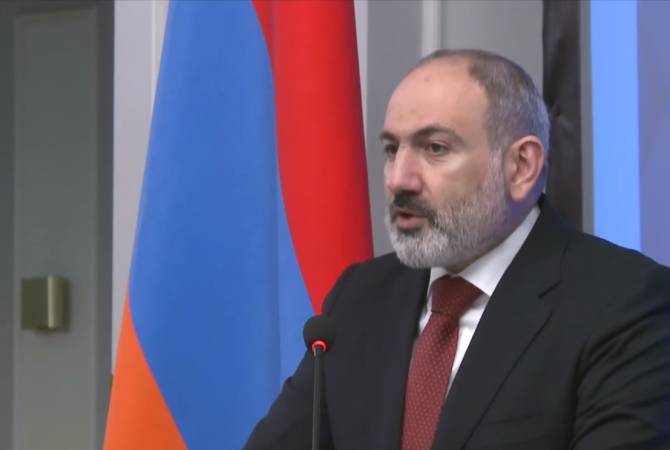 
YEREVAN, MAY 20, ARMENPRESS. Armenia passed through very big shocks after the 44-day war of 2020 and it was the citizen of the Republic of Armenia who prevented the collapse of the Armenian statehood, the loss of sovereignty and independence, Prime Minister Nikol Pashinyan said in his remarks at the Armenian Forum For Democracy.

“I welcome the holding of the Armenian Forum for Democracy. I think that the Republic of Armenia is the best place of holding a forum with this headline. It is even the right time of holding this forum and it is being held under a right title because I usually say that democracy is the main international brand of Armenia. Usually, while making such a claim, I cite the reports published by different international organizations, but as there are many people here having a connection with that reports, publications, I now want to look at the issue from the opposite side. The reports are important, but are not the most important. In fact, the reports are not a cause, but an outcome. I want to record that if I cite the reports of international organizations while talking about the democracy in Armenia, now I want to cite the citizen of Armenia while talking about democracy because the most important institute of the democracy in Armenia is the citizen’s institute, and I think that the citizen is the key guarantor of the democracy of Armenia”, the PM said.

He said this is conditioned by the fact that the citizen of Armenia knows that he/she is the one who decides, who is the main decision-making subject as envisaged by the Constitution of Armenia.

He proposed to applaud the citizen of Armenia “who is the axis, pillar and cornerstone of the Republic of Armenia”.