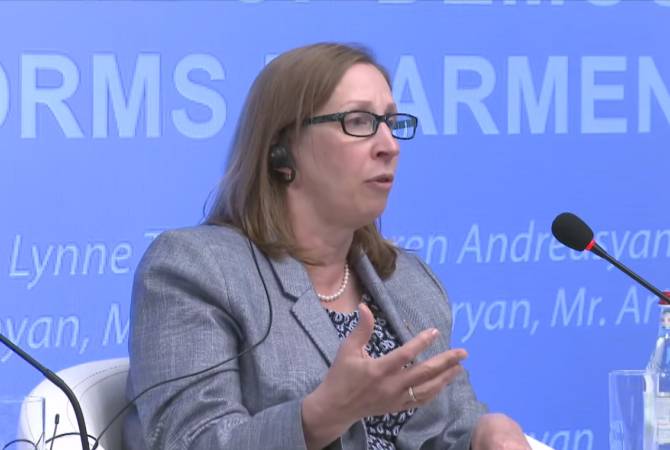 
YEREVAN, MAY 20, ARMENPRESS. United States Ambassador to Armenia Lynne Tracy commented on the actions of the Armenian police during the ongoing demonstrations in the context of police reforms.

Speaking at the Armenian Forum for Democracy, Ambassador Tracy said there are concerns, they’ve seen images on police officers using force against demonstrators.

Ambassador Tracy said these episodes must be investigated and there should be accountability. “I have noticed the government’s approach to investigate these episodes, to carry out investigations, and there is also an approach of respecting the rights of the demonstrators and the work of journalists. Of course the demonstrators also have an obligation to demonstrate peacefully that doesn’t create a chaotic situation and doesn’t violate the rights of others,” she said.

She added that problems concerning police conduct occur in the United States as well. She said the United States seeks to carry out reforms in the area. “Meaning, this isn’t something that happens only in Armenia. What matters is for accountability to exist in these issues,” Ambassador Tracy said.

19:52, 06.24.2022
2442 views The Chinese Ambassador to Armenia attaches importance to cooperation with Shirak Province in various fields