Artsakh plans to transition to semi-presidential system of government 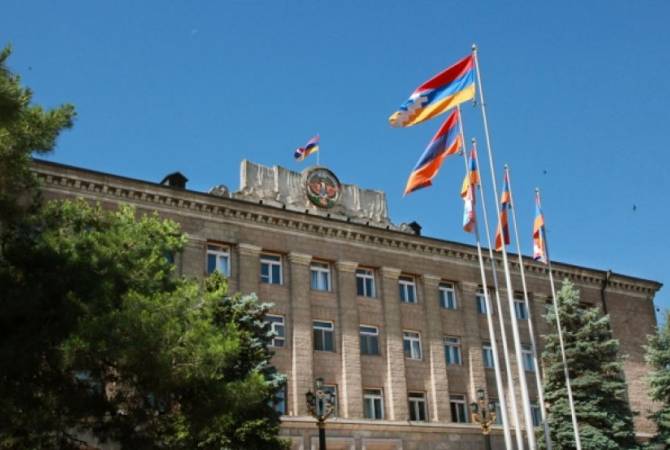 
STEPANAKERT, MAY 20, ARMENPRESS. The Republic of Artsakh plans to transition to a semi-presidential system of government.

The Constitutional Reforms Commission under the Presidency of Artsakh published the draft concept for the reforms.

“Taking into account the imperative for ensuring the security of the Republic of Artsakh, the existing challenges facing the Republic of Artsakh, as well as with the goal of ensuring flexibility of the state administration system in times of martial law or state of emergency and in emergency situations, it is proposed to transform the government system by transitioning to a semi-presidential system of government,” reads the concept.

The semi-presidential system would rely on two centers: the President and a Prime Minister enjoying the trust of the parliament.

The President, being the guarantor of the sovereignty, independence, territorial integrity and security of the Republic of Artsakh, will coordinate the work of the state bodies in the defense area, and will be the Commander-in-Chief of the Armed Forces and the President of the Security Council.

Given the current military-political situation, the commission also proposed to hold general elections gradually – parliamentary elections with proportional system in 2023 and presidential elections in 2024. At the same time, the concept proposes to reserve parliament the right to elect a President in exclusive cases.