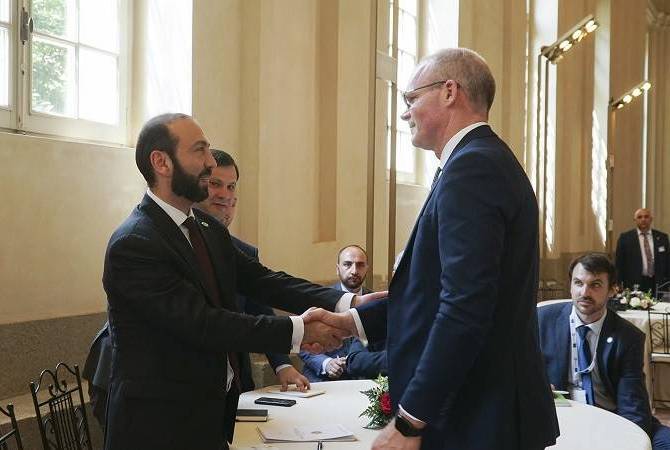 
YEREVAN, MAY 21, ARMENPRESS. On May 20, Foreign Minister Ararat Mirzoyan of Armenia, who is in Turin to participate in the 132nd session of CoE Committee of Foreign Ministers, met with Foreign Minister of Ireland Simon Coveney, the Armenian foreign ministry said in a press release.

The interlocutors referred to the issues on the cooperation agenda between Armenia and Ireland at bilateral and multilateral levels.

Minister Mirzoyan stressed that Armenia welcomes the priorities of the forthcoming Irish Presidency of the Committee of Ministers of the Council of Europe, aimed at protecting human rights, fundamental freedoms, and the rule of law, and emphasized their importance, especially in the context of conflicts.

Referring to humanitarian consequences resulting from the Azerbaijani aggression against Nagorno-Karabakh in 2020, Ararat Mirzoyan emphasized the need for the involvement of the Council of Europe.