The quarterly economic growth of 8.6% shows the economic resilience of the Republic of Armenia. Pashinyan | ARMENPRESS Armenian News Agency

The quarterly economic growth of 8.6% shows the economic resilience of the Republic of Armenia. Pashinyan 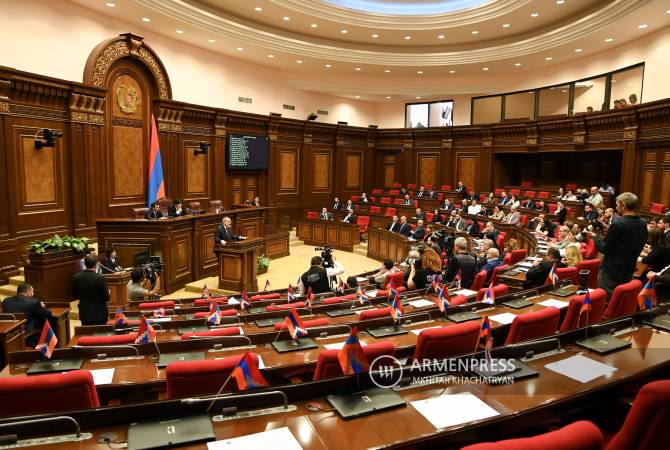 
YEREVAN, MAY 25, ARMENPRES. Real economic growth in Armenia in the first quarter was 8.6%, despite the geopolitical situation and crises, ARMENPRESS reports Prime Minister of Armenia Nikol Pashinyan said at the National Assembly during the parliament-Cabinet Q&A session, answering the question of MP from Civil Contract Party Gevorg Papoyan.

Papoyan reminded that in January-April the economic activity index increased by 9.4%, which he considered quite satisfactory, especially against the background of worse forecasts due to the situation in Ukraine. He inquired what actions the government is going to take to maintain that pace.

According to the Prime Minister, the index of economic activity is transformed into economic growth by certain formulas. But at this stage, the economic growth of the first quarter is summed up. "And we have 8.6 percent real economic growth. This shows the economic resilience of Armenia. In April, we set an absolute record for the highest number of registered paid jobs in the history of the Third Republic. According to the results of April, the number of paid jobs registered in Armenia is by over 120 thousand more than in 2018. According to the data of the first 4 months, this year trade turnover was by 570 billion AMD more than last year," Pashinyan said.

According to him, this means that despite the crises, the geopolitical situation, 7% economic growth must be ensured this year, which requires a lot of effort. The Prime Minister expressed hope that the peace agenda of the Armenian government will improve the economic mood, and that it will be possible to achieve that goal.

Referring to the question, what are the reasons that despite the pessimism, the economy shows such resistance, the Prime Minister said, "It's because there is no corrupt system to take that money away from the economy, put it in some shelves, put it in offshore accounts. This is a very important fact. Business today knows that it has no relationship with anyone else, its relationship is with itself, with the competitive field, it is with its tax obligations and law. And this is first of all connected with this, and also with the economic policy pursued by the government."