Armenian serviceman injured as a result of Azerbaijani shooting 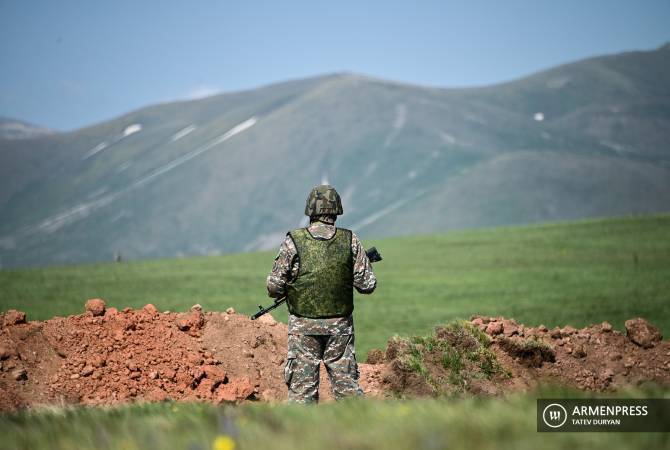 
YEREVAN, MAY 28 ARMENPRESS. On May 28, at around 10:40 am, units of the Azerbaijani Armed Forces opened fire from various caliber firearms, including sniper rifles, at Armenian positions in the southeastern part of the Armenian-Azerbaijani border, as a result of which private Davit Vardanyan, a conscript, received gunshot wound.

As ARMENPRESS was informed from the MoD, the situation of the serviceman is assessed as severe.

By retaliatory actions, the fire of the Azerbaijani units was silenced.