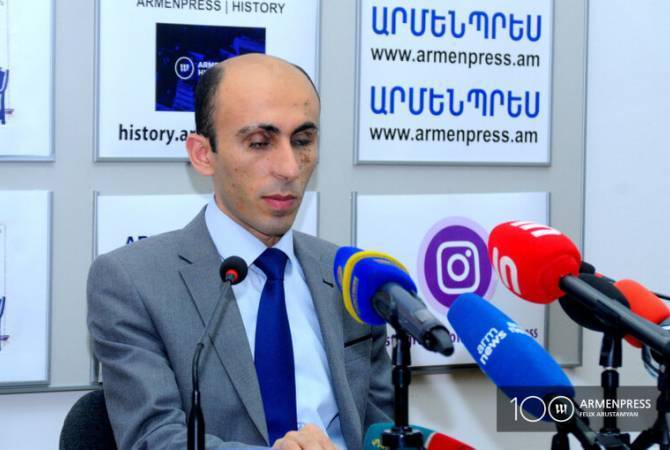 
YEREVAN, JUNE 3, ARMENPRESS. The authorities of Artsakh think that the European Union should not participate in the settlement of the Nagorno Karabakh conflict, State Minister of Artsakh Artak Beglaryan said in an interview to RIA Novosti.

“Taking into account the format of the Minsk Group Co-Chairs and the effective role of the Russian peacekeeping mission, we think that the Karabakh conflict settlement issue should not become a subject of negotiations for the European Union”, Beglaryan said.

According to him, dialogue is necessary, but it should not be part of Russia’s complex relations with the West. He reminded the OSCE Minsk Group as the main operating format for the settlement of the conflict.

Artak Beglaryan said the authorities of Artsakh want to keep the presence of the Russian peacekeepers in the region as Azerbaijan is not ready for negotiations based on the three main principles proposed by the international mediators, that is the territorial integrity, the nations’ right to self-determination and the non-use of force and threat of force. “Currently there is a strong necessity for the presence of the Russian peacekeepers in Karabakh”, he said.

According to him, the settlement of the NK conflict in the foreseeable future is impossible because there is a serious contradiction in the positions of Artsakh and Azerbaijan, “they are diametrically opposed”.

He said that the main difference is that it is a matter of “prestige and ambitions” for Azerbaijan, but for the residents of Karabakh “it is a matter of life and death, their existence and historical justice”.