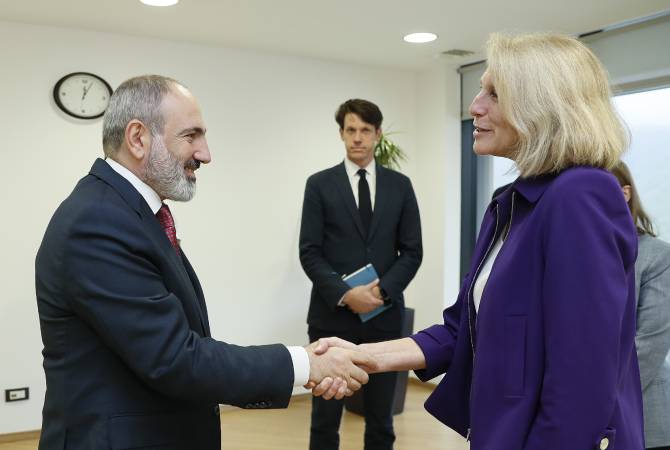 In his remarks PM Pashinyan highlighted the constant development and expansion of the Armenian-American relations and stated that Mrs. Donfried’s visit is another opportunity to discuss the issues of the bilateral agenda. He added that the development of democracy is one of the key priorities of the Armenian government.

Karen Donfried, in turn, said that the U.S. Administration is also attaching importance to the expansion and strengthening of the mutual partnership with Armenia in different directions, adding that the support to the development of Armenia’s democratic institutions will be continuous.

The sides also touched upon the processes taking place in the South Caucasus region, the settlement of the Nagorno Karabakh conflict, and the activity of delimitation and border security commission between Armenia and Azerbaijan.

The Armenian PM highlighted the strengthening of stability and peace in the region and emphasized the necessity for the international community’s adequate response to the provocative statements and actions distorting the regional stability.