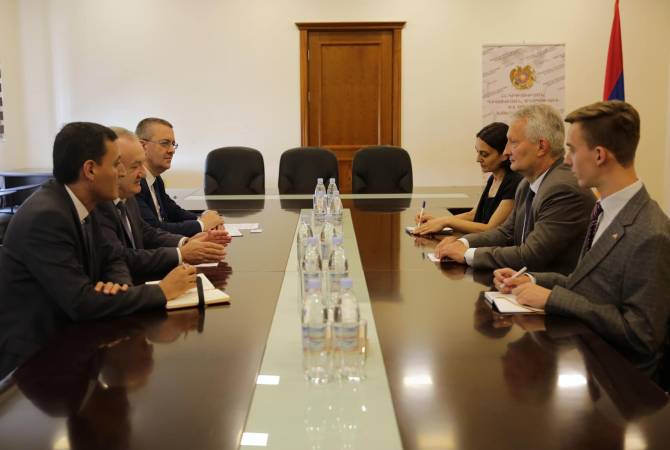 During the meeting Minister Dumanyan highlighted the continuation of Armenian-German cooperation in educational, scientific, cultural and sport fields, and stated that Armenia has a broad agenda to expand it. He mentioned several areas where Germany could provide consulting and expert support to Armenia.

Particularly, emphasizing the importance of a deep teaching of German in Armenia’s public schools, the sides considered the possibility of including more schools in the project. Vahram Dumanyan attached importance to the Armenian-German cooperation program in secondary professional field, as a result of which a dual education has been introduced in a number of secondary professional institutions of Armenia.

In this respect the minister highlighted the projects implemented by the support of DAAD, over which the Ambassador informed that the scholarships provided to Armenia will increase.

Viktor Richter highly valued the Armenian-German partnership, adding that Germany will continue the cooperation in all of the aforementioned directions and is ready to assist Armenia in steadily passing this path.

The meeting sides also touched upon the effective activity of the Armenian Diaspora in Germany.