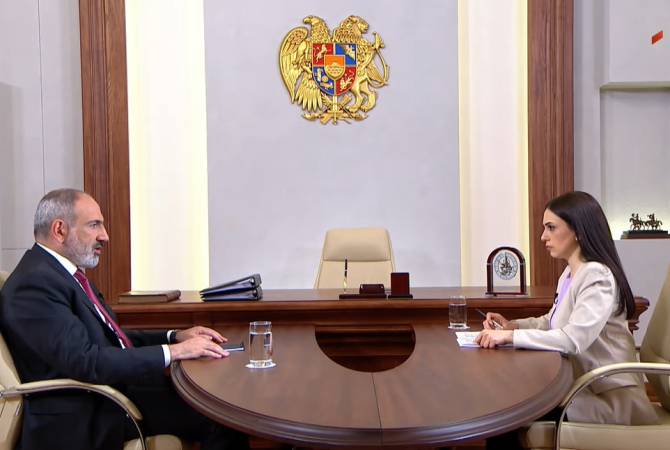 
YEREVAN, JUNE 27, ARMENPRESS. The Turkish side often makes statements that are not very useful for the process of normalization of Armenian-Turkish relations. The "Zangezur Corridor" formulation coming from Turkey also hinders the process, but the Armenian side sees an opportunity to normalize relations and is sincerely willing to do everything in that direction, ARMENPRESS reports Prime Minister of the Republic of Armenia Nikol Pashinyan said this during a Facebook live, answering the questions of the media and non-governmental organizations.

Touching upon the question whether there are opportunities for the final normalization of relations with Turkey, the Prime Minister answered. "If I say now that there is no opportunity, the question will arise as to why we are negotiating. If we negotiate, it means that there is at least a certain understanding that it is possible to do it, it is possible to move forward step by step, in small steps. We often say that the dialogue is not effective, it has not yielded results yet, but on the other hand we see that direct flights, for example, have been restored. But on the other hand, we understand that in the past there were direct flights from Yerevan to Istanbul, from Istanbul to Yerevan. And now we are trying to move forward in small steps."

The Prime Minister did not consider it right to make announcements in advance, even if there are some vague signs that it is possible to move forward in small steps. "In the past, a document was signed, mutual visits at the highest level took place, there were contacts, but the issue was not resolved. The fundamental reason that the issue failed to be resolved at that time is that although the original document had no connection with the Nagorno-Karabakh conflict or Armenia-Azerbaijan relations, at the ratification stage Turkey linked it to Armenia-Azerbaijan relations, the change of status quo in the Nagorno-Karabakh conflict zone, etc.”, Pashinyan said.

To the question whether Turkey still connects the issues, Pashinyan answered. "At least in public statements we can see that Azerbaijan and Turkey are in consultations with each other, we can even say that they are clarifying positions on this issue. At least with this one can see that there is a connection. I think time will show how strong and deep that connection is in the current situation”.

Pashinyan has his own opinion, but does not voice it not to hinder the process. "We work with the logic that there is an opportunity, we must honestly do everything. Otherwise, the dialogue would be senseless. We think there is an opportunity, and we are willing to do everything to use that opportunity. The constant chants of "Zangezur Corridor" from Turkey hinder the process and create a negative background. Statements are being made that are not very useful for the process," said the Prime Minister.

He assured that it does not mean that the Armenian side will stop the dialogue based on those statements.