According to the Prime Minister, the bio-laboratories operating in Armenia pose no threat to Russia | ARMENPRESS Armenian News Agency

According to the Prime Minister, the bio-laboratories operating in Armenia pose no threat to Russia 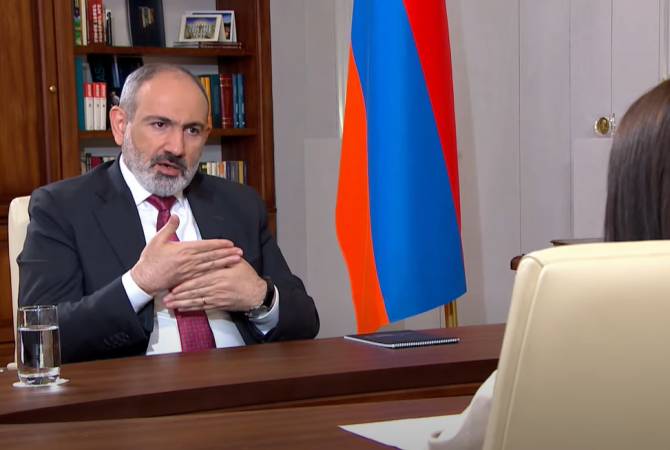 
YEREVAN, JUNE 27, ARMENPRESS. The bio-laboratories operating in Armenia are 100% owned by the Republic of Armenia, ARMENPRESS reports PM Pashinyan said in a Facebook live. The journalist noted that the Russian side has repeatedly stated that there are biolaboratories in Armenia, within the framework of which there is cooperation between the United States and Armenia, including in the direction of military departments. In addition, the Russian Embassy in Armenia stated that there are structures in Armenia that have participated in biological projects in Ukraine.

"It is true that it was created with the support of the United States, but they are owned by the Republic of Armenia. This topic was raised in 2018, our Russian partners expressed concern, we invited them, we said, come and show what the concern is. There have been visits and discussions, but no concerns were raised as a result of those discussions," said the Prime Minister.

Pashinyan noted that a document on cooperation in the field of biosafety was signed between Armenia and Russia, there is close cooperation between the two countries in that field, cooperation will continue.

"But this does not mean that we will not cooperate with other countries in the field of developing science and infrastructure. It’s another issue that we have to see whether this cooperation poses a threat to the Russian Federation or not. We guarantee that during our cooperation we have not and will not create threats for our allies. Although we hear concerns, we try to understand if we may have missed something. If it turns out that we have missed something, we create a threat, although that’s impossible, we are open to those discussions. I have expressed concerns about those public statements, but so far I have not received any specific information about it," Pashinyan concluded.