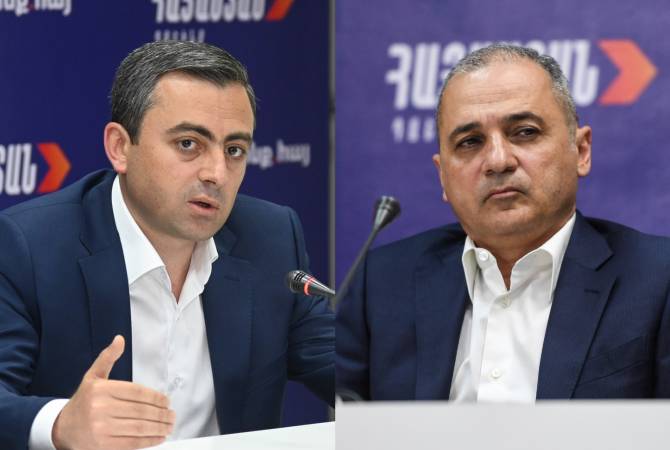 
YEREVAN, JUNE 28, ARMENPRESS. The Civil Contract faction, which forms the majority in the National Assembly, made a decision to start the procedure of suspending the powers of Vice President of the National Assembly Ishkhan Saghatelyan and Chairman of the Standing Committee on Economic Affairs Vahe Hakobyan, ARMENPRESS reports MP Emma Palyan from the ruling party wrote on her Facebook page.