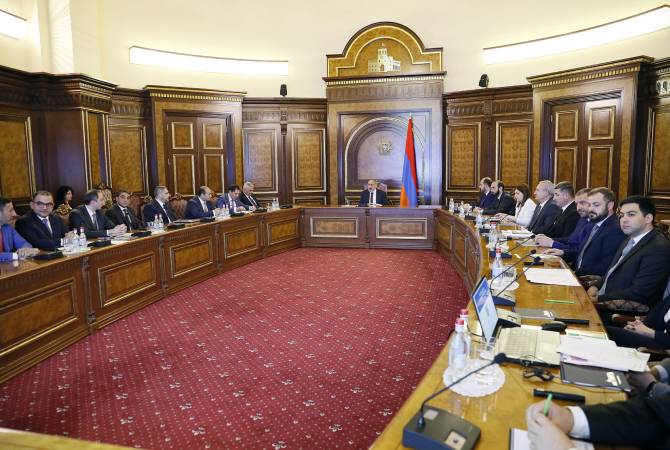 
YEREVAN, JUNE 29, ARMENPRESS. A consultation chaired by Prime Minister of Armenia Nikol Pashinyan took place, during which the draft Medium-Term Expenditure Program (MTEP) 2023-2025 was discussed, ARMENPRESS was informed from the Office of the Prime Minister.

Minister of Finance Tigran Khachatryan and Deputy Minister Vahe Hovhannisyan reported on summing up the discussions on the MTEP. It was mentioned that the MTEP 2023-2025 outlines the priorities and measures to achieve the targets set by the Government Action Plan, including in the areas of social protection, education, healthcare and other spheres. In this context, the fiscal framework of the MTEP, the forecasts on macroeconomic indicators, the departmental applications within the framework of the expenditure quotas of the MTEP, as well as proposals for supplementary capital expenditure programs for 2022 were presented.

During the exchange of views on the above-mentioned topics, issues related to the implementation of the Government's targets, development programs and other issues were discussed.

The Prime Minister instructed the heads of departments to be consistent so that the current and capital expenditures envisaged by the state budget 2022 are fully implemented.

The discussion of the state budget execution report for the second quarter of 2022 is planned for the near future.