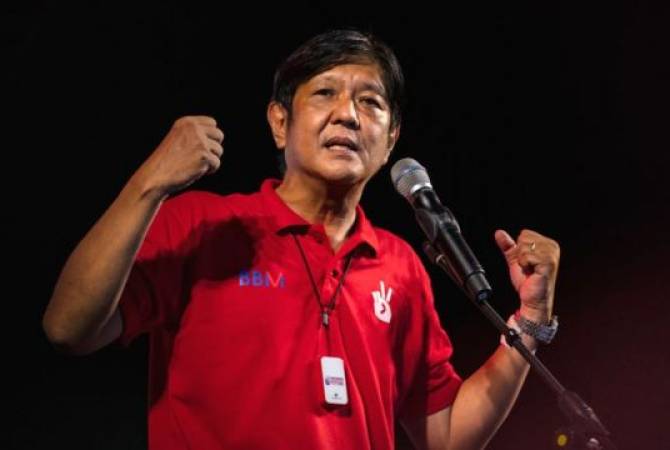 
YEREVAN, JUNE 30, ARMENPRESS. Ferdinand Marcos Jr has been sworn in as the Philippine president in a ceremony in Manila, succeeding the outgoing leader Rodrigo Duterte, BBC reports.

His inauguration marks a stunning comeback for the Marcos political dynasty, which was ousted after a popular revolt in 1986.

Sara Duterte, the daughter of the outgoing president, is being sworn in as vice-president.

Mr Marcos Jr took his oath of office at midday local time (0400GMT) in a colourful ceremony at the National Museum.

Flanked by his wife and three sons, he waved and smiled while observing a parade that featured an aerial display of jet fighters and march-pasts of Philippine's various uniformed personnel.