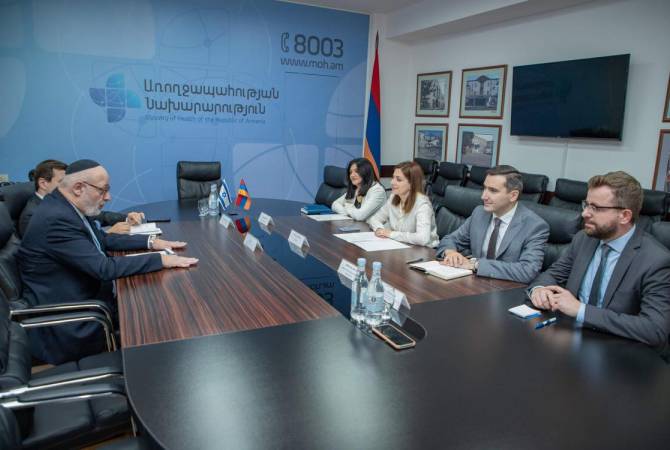 “Israel's rich experience in medicine and the reforms launched in the Armenian healthcare system are a potential for expanding the cooperation between Armenia and Israel”, the statement said.

Presenting the general situation of the healthcare system of Armenia, Anahit Avanesyan singled out a number of directions for activating the Armenian-Israeli contacts in the sphere:

It is noted that Ambassador Joel Lion welcomed the efforts to intensify the Armenian-Israeli cooperation and made proposals. In particular, the sides discussed the possibility of organizing trainings for Armenian specialists and exchange of experience in cooperation with the Israeli International Cooperation Agency MASHAV.

The Ambassador noted that within the framework of her visit to the State of Israel on the occasion of the 72nd session of the WHO European Regional Committee in September, Anahit Avanesyan will have the opportunity to personally get acquainted with the peculiarities of the Israeli healthcare system.