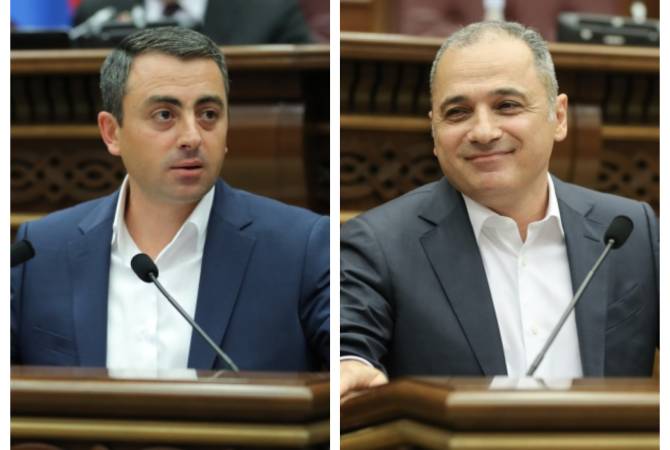 
YEREVAN, JULY 1, ARMENPRESS. The Parliament of Armenia recalled opposition MP Ishkhan Saghatelyan from the post of Vice Speaker of Parliament, and terminated the powers of opposition lawmaker Vahe Hakobyan as Chairman of the Standing Committee on Economic Affairs.

The results were clear after a closed voting.

66 MPs participated in the voting, and all voted in favor of the draft decisions.

The opposition lawmakers did not participate in the voting.

The emergency session of the Parliament has been convened at the initiative of the ruling Civil Contract faction.

The explanation of the decision regarding Saghatelyan said that he has failed to fulfill the duties of the Vice Speaker of Parliament.

As for Hakobyan, the decision says that he had numerous absences from the parliamentary activities.