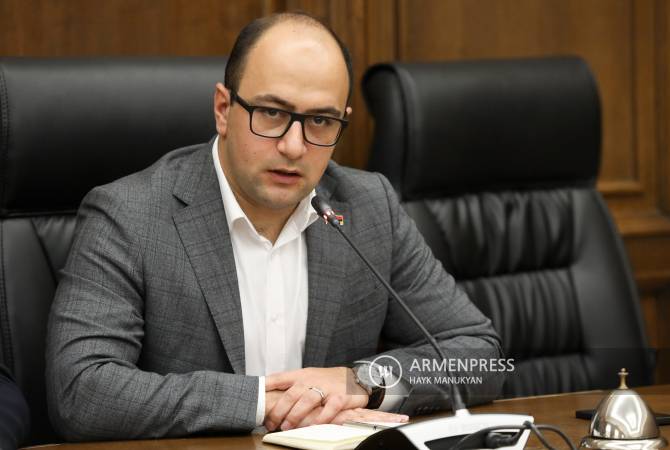 
YEREVAN, JULY 1, ARMENPRESS. Head of the opposition “I Have an Honor” faction of the Armenian Parliament Hayk Mamijanyan has made a decision to step down as Deputy Chairman of the Parliamentary Standing Committee on Foreign Affairs.

“I have been serving as Deputy Chair of the Parliament’s Standing Committee on Foreign Affairs for around a year. Considering the parliamentary diplomacy as a key tool to properly represent the interests of Armenia and Artsakh in international platforms, I have tried to use it as effectively as possible. Given the current political and moral crisis created by the political majority, I decided to step down from the post of the Deputy Chair of the Standing Committee on Foreign Affairs, by continuing to serve my knowledge and ties for the benefit of our homeland, including with the use of parliamentary and party diplomacy tools”, the lawmaker said in a statement on social media.