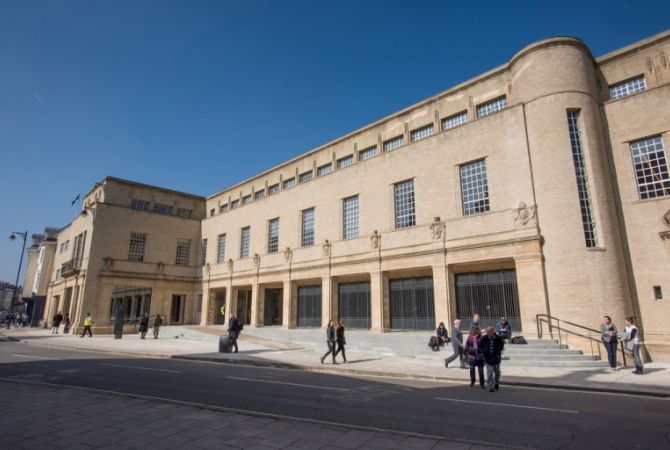 
YEREVAN, OCTOBER 13, ARMENPRESS. The second oldest library of the world, the Bodleian Libraries of Oxford University, for the first time exhibits his collection of Armenian rare manuscripts and printed books.  Exhibition headlined “Armenia: Masterpieces from an Enduring Culture” is dedicated to the 2,500 years of Armenia history. As “Armenpress” was informed from the press service of Bodleian Library,  Armenia's Enduring Culture can refer to the great antiquity of Armenian culture, spanning more than two and a half millennia, from its first mention, carved into stone, in the reign of King Darius I (c. 550-486 BCE) to the modern Republic of Armenia and the numerous Diaspora communities worldwide.

Yet endurance can also refer to the suffering and hardship which has befallen the Armenians. 2015 marks the centenary of the genocide against the Armenian population of the Ottoman Empire by the Young Turk government during World War I.

In their honour, the library displays over one hundred items spanning more than two thousand years of cultural history: from King Tigranes II the Great's coins minted in the first century BCE, through sumptuously and more modestly decorated manuscripts from the Middle Ages, to the treasured objects of survivors of the 1915 genocide.