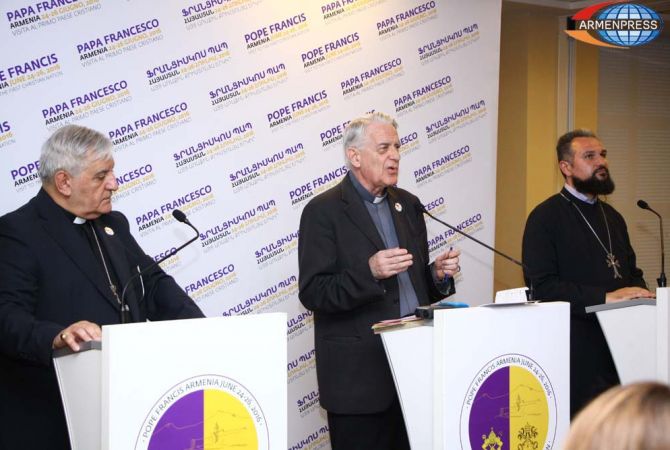 Federico Lombardi was captivated by Ararat Mount. In his words, he has always wished to see that mountain. “I know very well how important that mountain is for Armenian people. Besides, it is a shared symbol for all, as Noah's ark landed on that mountain”, he said.

Director of the Vatican’s Holy See Press Office also answered the question why Pope’s car is so simple. He said the Pope Francis loves to lead a simple life. He stated that it is necessary to look for the Pope in the smallest and simplest cars.