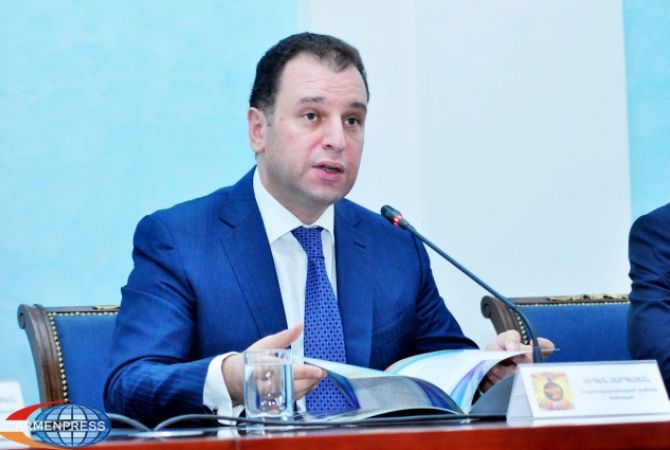 
YEREVAN, OCTOBER 20, ARMENPRESS. The military-political development in the region and the threats facing the two Armenian republics allow foreseeing that Armenia’s security environment and the tasks put in front of the Armed Forces cannot undergo significant changes, Defense Minister Vigen Sargsyan said at the National Assembly. “Therefore, we have to reinforce and develop the defense capacities of our Armed Forces to a level surpassing our country’s economic and demographic picture or at least utilizing its entire potential”, “Armenpress” reports the Minister saying. He added that for achieving that goal it is necessary to modernize the country’s military industry and effectively apply the contemporary scientific discoveries.

Vigen Sargsyan stated that the basis of the defense section of the Cabinet’s action plan are the principles “nation-army” and “maximal results with available resources”. “The ideology of “nation-army” principle assumes that all the governmental bodies, the civilians, and anyone else must precisely realize his role in the defense of the country”, the Minister said, adding that the aim of the implementation of the “nation-army” principle is making the Armenian army a school for the society, shaping a more patriotic generation.